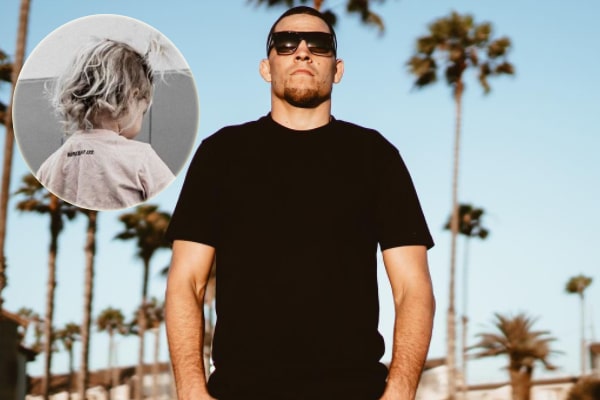 Globally known as Nate Diaz, Nathan Donald Diaz is a professional American mixed martial artist who has established a career in combat sports.

The 36-year-old gained notoriety for his unusual antics and mostly for his street nature. He is contracted to the Ultimate Fighting Championship and has a record of 21 wins and 13 losses.

Aside from his fighting business, the Stockton native has a daughter with his long-time girlfriend, Misty Brown.

The name of their kid is Nikayla Diaz, who is kept out of the media’s attention. Below let us learn more about Nate Diaz’s daughter to understand her better.

Nikayla’s Father Is One Of UFC’s Toughest

Nate Diaz is a professional since 2004 and has aged well with the sport.

Notable victories over Conor McGregor, Anthony Pettis, Donald Cerrone, Michael Johnson, and Jim Miller, to name a few, have made the rough and gritty fighter a fan favorite.

Nikayla’s father competes in the welterweight division and is also known for his ability to take punches. Despite never competing for any championship in the UFC, the Stockton Slugger fought Jorge Masvidal for the BMF title.

However, even after finding fame, Nate Diaz’s daughter Nikayla Diaz and his loved ones are not allowed to watch his fight. The 2nd-degree BJJ blackbelt is not okay showing his violent side to his close ones.

Similar to her daughter Nikayla, Misty Brown is a mysterious girl because of her secretive nature.

The 5’10” Tokay High School graduate is also from Stockton and has a degree in liberal studies from the California State University.

Her beau Nate Diaz is not known for sharing his personal life, which has worked well for Nikayla’s mother. Other than that, the 36-year-old is a homemaker and a proud mother of the 2-year-old.

Nate And Misty Are Yet To Marry

Despite welcoming their daughter on June 6th, 2018, at the California Hospital, Nate Diaz and Misty Brown are yet to marry.

Very little is known since after their dormant relationship became known to the public in 2012. According to Nikayla’s parents’ friends, they were dating long before 2012 and are high school sweethearts.

The MMA fighter shares their pictures once in a while, showing his gratitude towards his better half. Nevertheless, Nate Diaz’s daughter Nikayla Diaz is never away from her parent’s love and care.

Nate Diaz Is Quiet About His Daughter

The southpaw stance fighter has never opened up about his personal life and especially his little princess.

Shortly after Nikayla’s birth, Nate Diaz headlined the co-main event for UFC 241 with Anthony Pettis in 2018. Stockton’s favorite son was barged with questions regarding her but kept his composure by not answering directly to any.

The video below show’s a couple of instances of how Nikayla’s dad answered when asked about her.

The Game Up Nutrition co-founder, as mentioned above, is not okay with his daughter viewing his fights. So, we might have to wait for a long time to know who Nikayla looks like.

Training BJJ At Her Uncle’s Academy?

Many consider Nick “Diablo” Diaz to be better than his younger brother but he has had issues with the UFC after testing positive for marijuana. As a result, he was banned for five years from the sport.

During this time, he would open a BJJ academy along with his brother Nate. Nick Diaz Academy, also known as NDA, that focuses mostly on BJJ and fighter training.

Recently, Nate Diaz’s daughter Nikayla Diaz was pictured in the training facility along with her father. Sadly no sources are confirming whether she is the 2-year-old daughter, but looking at his smile there is no doubt that Diaz was accompanied by his little girl.

Knowing who the Diaz brothers are, they must be okay with Nikayla practicing BJJ at 2.

Despite being UFC’s top prospect, Nate Diaz has done an exceptional job in keeping his professional and personal life apart from each other. So much so, there are no pictures of Nikayla available on the internet. Let’s hope to see Nate bringing his daughter in the octagon since the fighter has been open with his fans after his bout with Leon Edwards.

At just the age of 2, there is still time to see whether the California-born will follow her father’s footsteps. We wish the best to Nate Diaz’s daughter Nikayla for her good health in the days to come.

Nikayla is a girl name of American origin with the meaning “Victory of the people”.