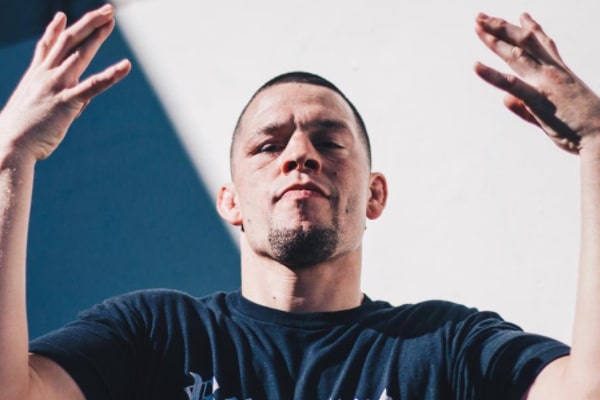 Nate Diaz is one of the popular and the highest-paid mixed martial artists in the Ultimate Fighting Championship. A professional since 2004, Diaz is known for his street styles, gangster character, and mostly for his ability to take damage.

The never-giving 36-year-old has a daughter Nikayla Diaz with his long-term significant other Misty Brown. Nick Diaz, former welterweight champion in multiple organizations, is his brother and has always been by his corner.

With all that said, according to Celebrity Net Worth, Nate Diaz’s net worth is $8 million. Below let us look at the sources contributing to the UFC fighter’s wealth.

One Of The Highest Earners In The UFC

After becoming the Ultimate Fighter 5 winner Nate Diaz became a well-known figure of the sport. He also found fame as the brother of Nick Diaz.

The second-degree blackbelt in BJJ would have his highest-earning from his 2nd bout with the Irish fighter, i.e., Conor McGregor. Nate Diaz would earn $5,170,000 in total from the rematch.

Below are some of the BMF’s notable paychecks in the UFC: –

UFC has been the source of Nate Diaz’s net worth, and he still has a long way to go.

Nick and Nate, better known as the Diaz brothers, run their own training facility in Stockton, California. Nick Diaz Academy or NDA is a famous martial art gym specializing in Gracie Jiu-Jitsu and fighter training.

The gym has produced talented fighters, including the Diaz brothers, and has an amicable atmosphere to improve and grow as a fighter.

The head trainer of the academy is Randy Spence a Cesar Gracie Black Belt. NDA also has a clothing store linked with it that sells both Nate Diaz and Nick Diaz apparel.

Looking into its Instagram profile, the academy is thriving with a lot of members of different levels. The mixed martial artist occasionally brings his dogs to the gym as well.

Despite the academy being solely named Nick, it is without a doubt chipping in for Nate Diaz’s net worth too.

Like the academy, Nate Diaz, along with his brother, are also owners of Game Up Nutrition, a top-shelf CBD company that offers a variety of top-quality products.

Under the supervision of the Diaz brothers, Game Up products are created only with the highest quality organic ingredients. All the products are vegan-friendly since the Stockton natives are vegan and are produced in the USA.

Plants over pills! Nature knows what’s best and always has 🌱

Posted by Game Up Nutrition on Tuesday, 16 February 2021

The most expensive products are CBD oils that are priced at $80.00. The rough and gritty fighter is also known for promoting his products in the UFC whenever the camera is shining over him.

CBD business is skyrocketing in the USA since most states have now legalized its use. The company might be profiting and thriving as it has stores throughout the United States.

Nate Diaz also owns an online clothing store called the Represent LTD. The brand is known for its streetwear with simple designs that are aesthetically pleasing.

The Stockton Slugger has had quite a success with the brand as most products are related to him. To be more appropriate, the online store operates only with Nate Diaz’s collection.

From pole flags to bandanas, the store has a wide range of products. The most expensive product is the limited edition Gold Standard Gi-Kimono priced at $180.

Nate Diaz’s net worth is highly contributed by the store since the products are mostly sold out. And it is also Nate’s official sponsor.

The former Strikeforce and Pancrase fighter surprisingly is the spokesperson for Lodi Vintners. Lodi Vintners is Lodi’s oldest operating winery that has a variety of signature wines. As Lodi and Stockton are just 18 minutes apart, Diaz was the perfect local option to endorse.

The southpaw stance fighter even appeared on one of the coolest wine billboards in which he is holding wine bottles in both his hands.

To use such a well-known figure in their billboard, Lodi Vintners must have paid the fighter a comprehensive amount of money.

When Reebok took over the ownership of the gearings for the UFC, they had to sponsor fighter’s accordingly based on their star power.

For Nate Diaz, Reebok paid him $20,000 per fight. Since Venum has taken over the gearing duties, their deals with the fighters shall make the headlines in the days to come.

With all that said, Nate Diaz has a secured career even if he is not fighting. We wish the best to one of UFC’s toughest fighters for his future endeavors and is far from done after losing to Leon Edwards recently.

Also, since the 36-year-old is planning to move into the brewery business, we hope it increases Nate Diaz’s net worth in the days to come.