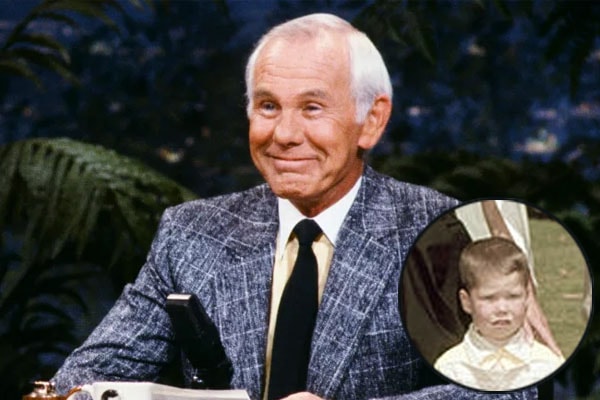 Richard had two brothers named Christopher Carson and Cory Carson. As Richard was the middle one, Christopher was his elder brother and Cory was his younger brother.

Many people agree that the Late Richard Wolcott Carson didn’t have a befitting death. During an unfortunate day of 21st June 1991, Richard Carson’s car, a Nissan Pathfinder plunged more than 100 feet down a dike near Cayucos’ community beach.

According to police officers present that day, it was stated that Richard Wolcott Carson was thrown from his vehicle and possibly died instantly. Johnny Carson’s son Richard was possibly distracted and plummeted down a hill. Richard Wolcott Carson was a photographer and police found a camera tripod which was set up nearby. So it looks like Richard died while doing what he loved the most.

Johnny Carson was preparing to leave for England for the Wimbledon Tennis Championships when he got the news of his son’s death.

When Johnny Carson read the eulogy for his late son, he was all tearful. At the very start, Johnny thanked the people for their support and all those compassionate, thoughtful and sympathetic letters that they had written. In the event, Johnny showed a photo of his son.

Richard Carson Was Also Once Arrested For Marijuana

In the past, when Richard was still in his adulthood, he had got drug problems. Not just that, he was once arrested for the possession of marijuana and then was released after a payment of $1000.

As for the name Walcott, it is a habitational name from several places such as Walcott, Walcote or Walcot.