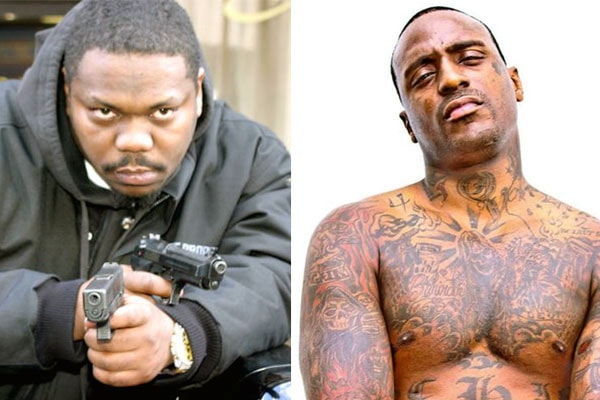 Beanie Sigel is an American rapper from South Philadelphia who has also acted in many movies. Likewise, Oschino is also a rapper hailing from West Philadelphia. Both are the members of a rap group, State Property. The group was signed to Jay-Z’s Roc-A-Fella Records.

Jay-Z too has a feud going on with Kanye West.

The Philly rappers Beanie Sigel and Oschino were once close buddies but as time went by it turned into a long-lasting feud. When rapper Beanie was in jail, only Oschino went to visit him. Once brothers in arms are now engaged in a fierce war of words against one another.

The feud between Beanie Sigel and Oschino began when Oschino posted a photo on Instagram of Beanie, Freeway, and Young Gunz with a caption jabbing at them. The caption read, “WITH THESE kinds OF FRIENDS YOU DON’T NEED ENEMIES LOL.”

And in return Beanie replied in his way, “Wow hov said jealousy is a female trait, I ain’t gay I ain’t into liking dudes no way.” And that was where it all started.

Later Oschino even accused Beanie of being a thief. In his Instagram, Oschino stated that when Beanie received money, he kept it all for himself. Philly rapper Oschino further added if it were him he would have never done that to his other partners. Over the years, the Philly rappers have been going against one another over money and perceived lack of loyalty.

Allegations of Being Gay

A couple of months earlier when Oschino posted photos of him and Beanie together with, it felt like the beef was over. Only months later to find out that Beanie still believes that Oschino is gay.

The Philly rapper Beanie posted a screenshot, possibly of a fake user calling out Oschino a “gay a** fa*got.”. The “If I could do it all singer” took the Instagram to get back once his friend Beanie Sigel.

Looking at both of them firing one another with everything they’ve got, it doesn’t seem like Beanie Sigel, and Oschino feud will ever end.