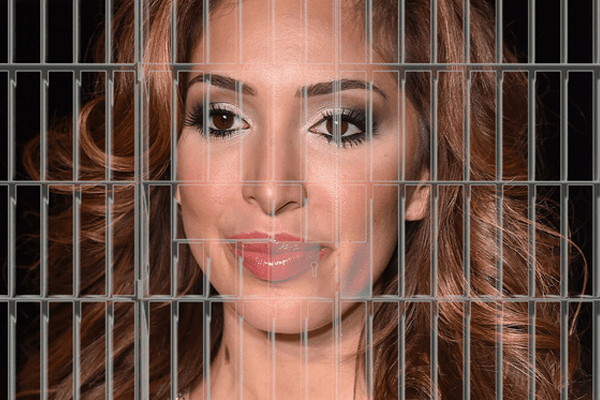 American reality television star Farrah Abraham is not a stranger to drama and controversy. Having been a member of controversial reality TV shows like Big Brother, 16 and Pregnant, and Teen Mom, she has been a part of big-time dramas as well as heated feuds. That is the case again as she faces multiple charges after an altercation at the Beverly Hills Hotel.

The District Attorney’s Office of L.A. has just filed 2 charges against the reality star for the hotel incident: first for battery and second for resisting a police officer. Both these misdemeanors and serious offenses and could land Farrah in prison. If convicted, Farrah is expected to spend at least 18 months behind bars.

The altercation at The Beverly Hills Hotel took place last month where Farrah had a verbal spat with some of the guests at the hotel. When asked by the security guard to leave, she physically attacked him, causing minor injuries to the guard.

When the cops arrived, she also resisted being arrested and according to the police officer, also showed signs of intoxication. Farrah was eventually arrested and was later released after she paid a fine of $500, which could be considered very generous

Police also noted that Farrah tried to get away saying that she’s a celebrity and swore at the police, telling them “Go f**k yourself!”. TMZ released a footage of the incident where we can see Farah swearing and berating the cops. When the cops tried to take her away, you can hear her yelling and sobbing as well.

But things just turned worse for the Teen Moms star with the DA pressing charges against her. Abraham is scheduled to appear in court on August 13, with the possibility of her serving 18 months behind bars if found guilty.

Right after her arrest a month ago, Farrah attended the MTV Movie Awards and when TooFab asked her about the arrest, she denied attacking anyone and called all this “a lie”. She also mentioned that she was trying to be bullied as she’s famous and she’d have none of it.

After the DA pressed charges, Farrah’s representatives said that this whole case has blown out of proportion and that Farrah didn’t do anything wrong. They also said Farrah has committed neither battery nor trespassing and they were going to fight for her justice in court.

This whole scenario affirms that it is very difficult for a reality star to escape controversy and drama, even in real life, and Farrah Abraham just found it out the hard way.