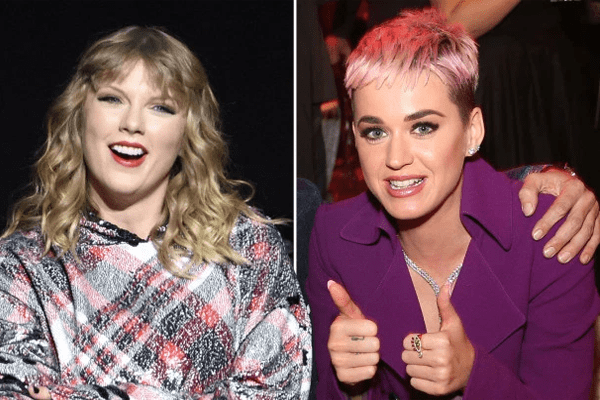 It seems as though one of the biggest celebrity feuds in recent memory is officially over as Katy Perry sent olive branches to Taylor Swift along with a letter, which later Taylor posted on her Instagram story with the caption “Thank You Katy”, signaling that the beef between the two is over.

An olive branch is a symbol of peace and that is exactly what the two have developed after a bitter rivalry or Bad Blood. Along with the olive branch, an accompanying letter that read how sorry Katy was of misunderstandings between the two was also sent to Taylor by Katy.

The letter and the olive branches were sent by Katy while Taylor was at the University of Phoenix Stadium, Arizona performing as part of her Reputation tour. Taylor received her gifted and thanked a certain Katy on her Instagram story, pretty much confirming it was sent by the “Roar” singer Katy Perry. This was seen by all as a confirmation that the beef between the two has ended.

The beef between the two started way back in 2013 because Perry took three of Swift’s three backing dancers for her Prismatic tour. Taylor was unhappy about it and thought that Perry tried to sabotage her Red tour. This was confirmed later by one of the backup dancers Lockhart Brownie.

People also believe that the two women hate each other because of John Mayer. Taylor started dating John Mayer right after he broke up with Katy Perry, which brewed a hatred between the two singers may be. Whatever the case might have been, the two’s hatred for each other was pretty visible over the last five years.

Their beef was most evident when Taylor dropped her hit music video “Bad Blood”, which takes a direct shot at Katy for trying to sabotage her tour, which was later confirmed by Taylor herself. Katy fired back with a tweet of her own calling Taylor Regina George, a direct reference to the movie Mean Girls’ villain.

Katy further discussed the feud with James Corden during their carpool Karaoke segment, where Katy said that she has tried to contact Taylor, but she wouldn’t speak with her. She also asked Taylor to end this feud. And it seems that is the case right now as the olive branch has signaled the end to their feud.

But people have been quick to make some nasty remarks regarding this peace offering between the two pop-stars. Many see this as a pathetic apology from Katy for offering an actual olive flower. It was seen as Taylor winning this feud.

People view this apology as a cheap attempt by Katy to make it up with Taylor since Taylor has clearly become the bigger star since their feud. It was even more apparent with her latest album being a flop and her track “Swish Swish”, a jab at Taylor, failing miserably too.

Taylor too attracted some heat with people noting that with her posting the apology on her Instagram is her proclaiming that she’s the victor of the feud. According to many, it fitted her snake persona very well.