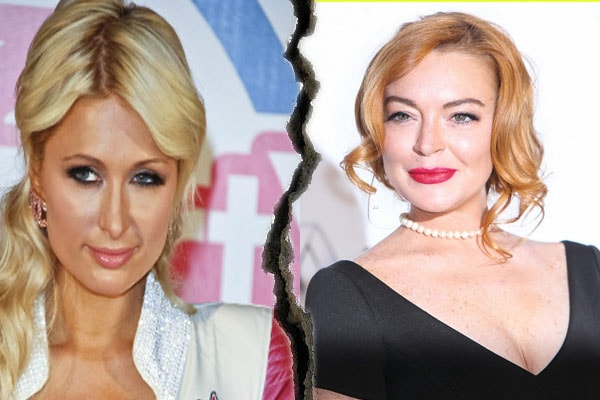 In Hollywood, you are bound to make more enemies than friends. And even if you have friends, your friendship can turn sour pretty soon. That is the case between two former “it” girls of Hollywood: Lindsay Lohan and Paris Hilton, as they turned from inseparable friends to eternal enemies.

When both Paris and Lohan at the top of Hollywood in the early 2000s but were soon at each other’s throats when 2006 rolled. Since then, there has been a bad blood between the two with both constantly taking shots at one another. After a few quiet years, it seems the rivalry is back again after Paris called Lohan a “pathological liar” on Instagram.

An Instagram fan page named paris2000s recently posted three separate video clips from the infamous 2006 blow-up between Paris and Lindsay at a party. The fist of these clips shows Lindsay claiming that Paris attacked her. In the second clip, Lindsay backtracks at her own comments and says nothing happened and she and Paris are friends. The final clip gain shows Lindsay disregarding her own comments and calling Paris a “c**t”.

As the fan posted all these clips, Paris decided to comment on this post and wrote “pathological liar”, taking a shot at her former friend and now bitter rival Lohan.

This is not the first time that Paris has taken a shot at Lindsay over the last few weeks. When an Instagram account named popcultureangel posted a clip of Lohan throwing a pizza box at a paparazzi, Paris commented “Classy”. Seems like this feud is amongst the one to which there’s no stopping.

Paris and Lindsay were the best of friends starting from the 2000s. The two were together all the time and also partied together a lot. Till 2005, they were literally inseparable.

But then 2006 happened and the two fell apart badly. Bitterness between the two reportedly started when Lohan started dating Hilton’s ex-boyfriend Stavros Niarchos. Later in the same year, Paris was seen laughing when Brandon Davis blasted Lohan to a paparazzi.

They fully came to blows at the aforementioned party in 2006 where Lohan claimed that Paris hit her but later backtracked on her own comments. By this point, it was clear that they were no longer friends.

Since then, they stopped taking shots at each other and were seen together a lot with the media calling them frenemies. But Paris couldn’t resist taking a shot at Lindsay again in 2011 when during a reality show, she gave earrings to a homeless woman and when the woman mistakenly called her Lindsay, she replied by saying if she was Lindsay, she would be stealing the earring, not giving it to her, referencing Lindsay being put in jail for stealing earrings.

In 2013, this rivalry turned into a blood feud when Hilton blamed Lohan for the attack on her brother Barron Hilton. The attacker was revealed to be Ray Lemoine, who only attacked him after Barron initiated the fight.

Since then, things had remained relatively quiet between the two, but now it seems the feud is back in full flow. They say wounds heal and feuds end, but this one seems it’ll last forever. Since they have been on each other’s neck for quite a time now we’ll just have to wait to hear more on Lohan and Hilton’s news.