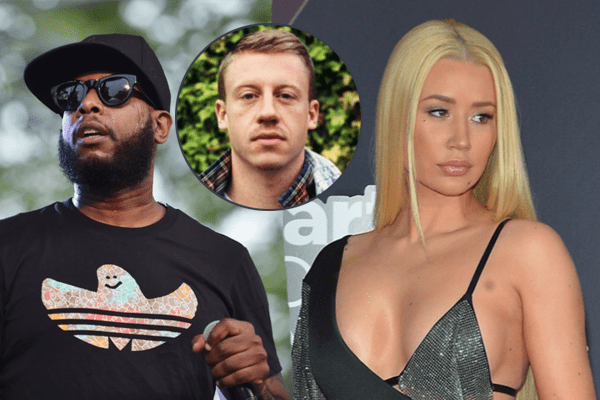 When rapper Macklemore dropped his song “White Privilege II” it instantly became the talk of the town. Many praised it, some criticized it, and some well-known artists in the industry started arguing with one another. Same is the case with Talib Kweli and Iggy Azalea whose feud began over the song.

Talib Kweli is an American rapper/hip-hop artist, and Iggy Azalea is a famous Australian rapper. The beef between them escalated rather quickly, well much more than what people had anticipated.

The world has already got many Celebrity feuds going on, and now, the feud between Iggy Azalea and Talib Kweli is the heated one to keep an eye on.

The second verse of Macklemore’s White Privilege II reads, “The culture was never yours to make better
You’re Miley; you’re Elvis, you’re Iggy Azalea”. And that is when the feud between Talib and Iggy initiated.

Well, it was even not that moment. When one of Iggy’s fan tweeted a tweet asking Iggy if she has heard the new song of Macklemore where he disses you and Iggy’s response didn’t sound that much cheerful. 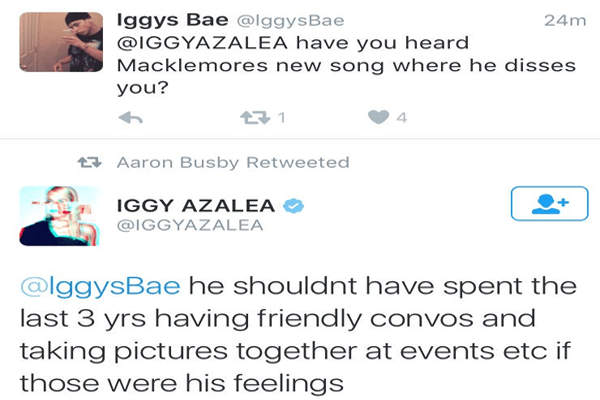 After looking at Iggy’s reply, the rapper Talib didn’t seem to be impressed. That later ignited a long heated conversation in the Twitter with both the rappers firing at one another.

@IGGYAZALEA Macklemore made a song showing solidarity w ppl of color & all u got to say is “why he mention me?” Do better.

Just in a single day, the feud between Iggy Azalea and Talib Kweli reached a new level of height. After exchanging mean comments, Iggy finally decided not to answer anymore.

@TalibKweli so you want me to use my platform as a pop/rapper to become a social activist or else im a shitty person. okay talib. bye.

But it doesn’t seem as if Iggy and Talib’s feud has ended till now. It’s not that Iggy seemed to be entirely against the song. In one of her tweets, Iggy stated that she respects and partially agrees with the song.

@TalibKweli but that doesnt mean i dont respect something or even help with things behind the scenes because i do.

It is as just her name that came in the song which caused the whole Iggy Azalea and Talib Kweli feud.

If you are to listen to the song, then people will get the idea that Macklemore is trying to diss some artists. He has mentioned names of some of the top names including late Elvis Presley, Miley Cyrus, and Iggy Azalea. In an interview, Macklemore stated that using names might sound that way, but he didn’t intend to diss anyone.

If Macklemore hadn’t included the name of Iggy in the song than there would be one less feud in the world.

The rapper Macklemore just wanted to convey a message that “Black Lives Matter” and people just took it the wrong way.