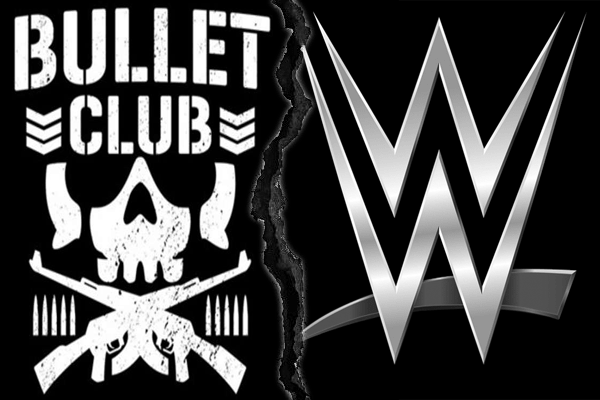 As far as the world of pro-wrestling is concerned, there’s only one juggernaut that stands above all. And that juggernaut is none other than WWE. Founded in 1952, the company has built a wrestling empire that extends to movies, real estate, and other ventures.

The CEO of WWE, Vince McMahon has accumulated a Net worth of $2.8 billion and he has managed to run each and every one of his competition out of business. But it seems now that WWE finally has a competitor and it’s not a company but rather a group of wrestler known as the Bullet Club.

Bullet Club is a Japanese wrestling stable formed in 2013 and consists mainly of non-Japanese wrestlers. They primarily compete for New Japan Pro-Wrestling (NJPW) and also for Ring of Honor (ROH), thanks to a working relationship between NJPW and ROH. In the 5 years of their existence, Bullet Club’s popularity has been off the charts and they have become a headache for WWE. With lawsuits, invasions, and cease and desist letters, this feud has become a heated one of late.

Here, we will look at the rivalry between the WWE and the Bullet Club and how it has escalated over the years.

Origin of the Bullet Club, Popularity

Bullet Club was formed in 2013 in NJPW, with founding members being Prince Devitt, Karl Anderson, Tama Tonga, and Bad Luck Fale. The stable was known for having gaijin (Non-Japanese) wrestlers. The stable kept on growing with new members like AJ Styles, Doc Gallows, Kenny Omega, Cody Rhodes, The Young Bucks, Adam Cole, amongst others.

The group also started adding Japanese wrestlers like Yujiro Takahashi and Taiji Ishimori. The group is seen as a new version of the former WCW stable nWo, with them even adopting nWo’s iconic “two sweet” hand gesture.

The group’s popularity was off the charts, both in Japan and America. NJPW capitalized on this popularity by giving title reigns to almost all members of the Bullet Club. At one point, Bullet Club held all the active titles in NJPW. Their popularity extended to merchandise sales too, with their bone soldier t-shirt being one of the best selling t-shirts in merchandise stores. Bullet Club became one of the most talk-about groups in all of wrestling.

Over the years, Bullet Club’s popularity grew more and more. NJPW capitalized on this popularity and started expanding in the United States. Bullet Club merchandise was the most popular in merchandise stores like Pro Wrestling Tees and others.

WWE filed a trademark application for the “Too Sweet” hand gesture, but it was ultimately abandoned by them. The Young Bucks claimed this was done by WWE due to the popularity of the Bullet Club.

During Wrestlemania 33, seeing a lot of Bullet Club shirts in the crowd, Hot Topic asked WWE if they could produce the shirt, to which WWE had to make an awkward admission that it didn’t belong to them. Hot Topic eventually released Bullet Club merchandise by coordinating with NJPW, selling more than 100,000 copies in just three months.

The Feud between WWE and Bullet Club went to the next stage when members of the Bullet Club, led by Cody Rhodes, a former WWE employee, held a mock invasion on September 25, 2017, just before the start of RAW. WWE was furious at the stable, especially as they made fun of WWE not being able to sell out arenas and handing out free tickets. WWE writer Jimmy Jacobs was fired because he clicked photos with Bullet Club members.

In response, WWE sent a cease and desist letter against Bullet Club, specifically The Young Bucks, banning them from using the “Two Sweet” hand gesture. Though the letter was baseless since they didn’t own the trademark, The Young Bucks didn’t fight the claim as they didn’t want a drawn-out court case.

Instead, The Young Bucks released a cease and desist shirt that became the highest selling t-shirt across multiple platforms. This further infuriated WWE and it was not helped by the fact that Cody and the others revealed that a lot of the independent wrestlers earn more than what most of the WWE talent do.

All In, MSG Show

This rivalry went to the next stage when Bullet Club members Cody and The Young Bucks, as part of a bet with Dave Meltzer, set out to run a self-funded wrestling event with 10,000 people in attendance, as it hadn’t been accomplished in American soil by any other promotion than WWE in the 21st century.

The event is named “All In” and is scheduled to take place on September 1 at the Sears Centre in Illinois. The event sold out is less than 30 minutes and it was marked a massive success. WWE tried to sabotage the show by trying to sign stars set to appear in All In, but to no avail.

Cashing in on the Bullet Club’s popularity, NJPW and ROH are looking to run a show at Madison Square Garden (MSG), as only WWE is the only promotion to run a wrestling show in MSG since the 1920s. While WWE tried to block this from happening, it didn’t work as ROH and NJPW jointly announced that they would be hosting G1 Supercard on April 6, 2019, At MSG.

With so much going on in recent times, WWE and Bullet Club’s feud is set to continue. While WWE is bulletproof right now thanks to their global empire, they could be seriously threatened by the Bullet Club in the near future.