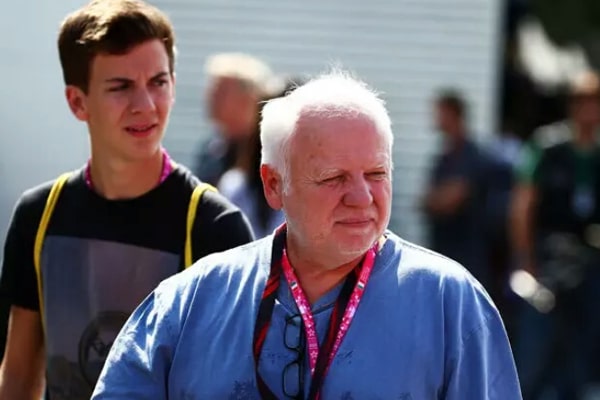 Sebastian Vettel, a German racing driver, is currently competing in Formula One for Aston Martin. He has reigned the World Driver’s championship titles consecutively for four years, from 2010 to 2013. Furthermore, as of 2020, Vettel has one of the most race victories, podium finishes, and pole positions under his belt.

Born to Norbert Vettel and Heike Vettel in 1987 in West Germany, Sebastian made his parents and siblings proud. So naturally, we have ample time to talk about his career.

However, here, we shall talk about Sebastian Vettel’s father, Norbert Vettel, who enjoys his son’s victories. Therefore, stick until the end to find more about the enthusiastic karting driver and his whereabouts.

It is often that one child that inherits parents’ traits makes a robust career out of it. Likewise is the case of the four-time World Champion Sebastian Vettel’s case. He inherited his father, Norbert Vettel’s fighting spirit and love of motor racing.

Sebastian Vettel’s father, Norbert Vettel, is a carpenter by trade, but thanks to his extraordinary private nature, details about his career are scarce. However, we do know that Norbert is a massive motor racing enthusiast.

Although carpenter by profession, Norbert Vettel had previously taken part in hill-climb events. Thus, in October 2012, he made his first come back in 18 years. Additionally, his love for racing fueled Sebastian’s passion for a go-kart at the age of 3.

According to Motor1, Vettel Snr revealed that he used to do hill races, but there were no opponents, just the clock. Thus, he added that he’d remain humble and not finish last.

If you have been following Sebastian Vettel since his debut, you must be familiar with his strong opinion regarding social media. He is the only F1 driver on the 2021 grid to have zero social media presence.

Similar is the case with Sebastian Vettel’s father, Norbert Vettel, who also prefers to maintain confidentiality. Nevertheless, he and his wife, Heike Vettel, got married and welcomed four beautiful children.

Although Norbert is private about his life, his kids’ achievements have made them stand out amongst the crowd. Among four kids, Norbert Vette’s son, Sebastian Vettel, is the third child in the family.

Likewise, the youngest of all, Sebastian Vettel’s brother, Fabian Vettel, found his passion in race driving. Thus, he is on his way to becoming the greatest and might surpass his brother in the coming days.

Norbert Vettel and Heike Vettel are two proud parents who worked hard to raise happy kids. They are proud of their babies and try to be a part of their achievements.

Every father dreams of seeing his kids succeed. Thus, the youngest World Champion, Sebastian Vettel’s dad, Norbert Vettel’s pride and joys, might be limitless to see his kid reign at the top of the motor race.

Hence, it would not be an exaggeration to say that Norbert is his son, Sebastian’s biggest fan. He loves to attend all of his races and often shows up in high spirits.

Additionally, Norbert is often spotted proudly gazing at his son’s drifts and leaps and enjoys his victories together. Finally, a couple of videos of him swinging his son’s flag, beaming with delight are available on the internet.

Back in 2016, Norbert adorably waved a Seb5 flag as Toto Wolff, team principal of Mercedes-AMG Petronas F1 gave an interview on German TV.

So it must be pretty thrilling to see his young boy, who was a fan of Michael Schumacher, who in return was impressed by his hard work, is now the world’s most sought-after racing driver.

Sebastian’s father, Norbert, is sweet and private and a complete family man who loves his privacy. However, we will see more of his endearing admiration for his son in the future.

But here, we want to know; the Internet cannot stop but think how much he looks like “hidethepain Harold.” What do you think?