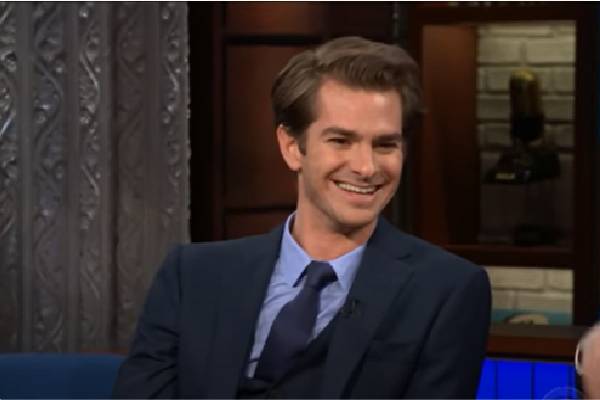 If you are a Spiderman fan, you must know one of the actors who played the fan-favorite character, Andrew Garfield. The Golden Globe Award-winning star gained wider recognition after starring in The Amazing Spider-Man in 2012.

Owing to Andrew’s fame, his personal life and family members have also come into the spotlight. He was born to Richard Garfield and Lynn Garfield as their second son. So, who is Andrew Garfield’s brother? Let’s find out in this article.

Eldest Of The Garfield Siblings

Ben Garfield, was born as the first child to his parents. However, his birth date and details are not disclosed yet. When his younger brother, Andrew, was three, his family moved to England and the siblings grew up together in Surrey’s Epsom town.

The Garfield siblings’ father used to work as the head coach at the swimming club of Guildford City. Meanwhile, their mother was a teaching assistant at a nursery school. In addition, their parents also used to run a small interior designing business during their leisure time.

The Amazing Spider-Man actor seems to love his elder brother a lot. Once, he complained about him for neglecting his health over his work. Well, Ben must also love his younger sibling. Let’s hope the bond between the Garfield siblings grows even stronger as each day passes by.

Also Read: About All Of The Siblings Of Kristen Stewart

Andrew Garfield’s Brother Is A Physician

While his younger brother is a world-renowned star, Ben Garfield is a physician. He is an NHS (National Health Service) physician based in the United Kingdom. As per various sources, Andrew’s brother is a pulmonary specialist, a lung doctor at the Royal Brompton Hospital in Chelsea, in London.

Being a physician already means he is one of the most competent and patient human beings. According to his younger sibling, Ben is a hard-working guy who stays at work far too long than he should. However, Andrew Garfield’s brother must want to give it all to his profession and serve with full passion.

As already addressed, Ben and his younger brother grew up together in the same environment. However, he pursued a humanitarian career and decided to serve people for life long. Also, Andrew’s elder brother recently discovered his new purpose as a therapist which is completely inadvertent.

The Garfield siblings grew up well and are doing great in their life. Although their family was a middle-class family, their parents provided them with the best education and opportunity for their bright future. After all the ups and downs, the Garfield family achieved a happy and comfortable life.

However, life is one of the most fleeting things. Sadly Ben and his family lost Lynn Garfield in December 2019 to pancreatic cancer. The physician’s mother had been struggling with her disease since early 2019. It was challenging for Lynn’s family to cope with the loss.

Shortly after the loss of their mother, Ben’s younger brother Andrew appeared in an interview with Stephen Colbert and talked about how their mother supported them throughout their career.

Like his younger sibling, the physician must also love to talk about his late mother and remember her.

Lives Away From The Social Media

Ben Garfield is famous as the elder brother of Andrew Garfield. Yet, even after all those public attention, he has kept his personal life away from social scrutiny. Moreover, he must be too busy focusing on his work.

Furthermore, the information regarding the marriage, family, and children of Andrew’s brother is still confidential. We hope Andrew Garfield’s brother, Ben Garfield is living his life to the fullest and serving people with passion. We wish him a peaceful life ahead.