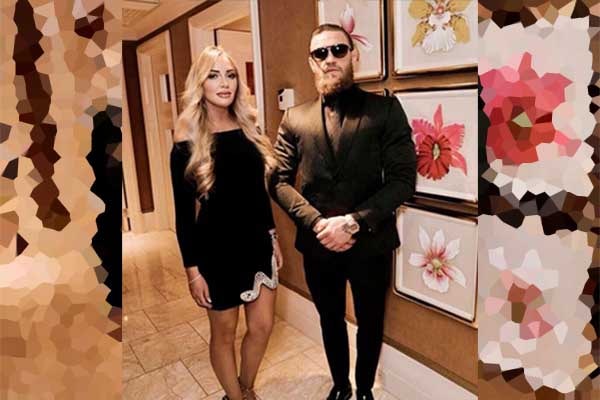 If you love to watch MMA fighting, you would have certainly heard of Conor McGregor. He has been a formidable force in the UFC cage for nearly a decade. In addition, he has won many titles, including the Ultimate Fighting Championship and Featherweight Championship.

As a well-renowned person, the mixed martial artist’s every movement is closely watched by the public. Likewise, his family members are under constant scrutiny from the media. So, it’s no wonder to see many interested in Conor McGregor’s sister, Aoife McGregor.

Aoife has occasionally made headlines with her activities, such as marrying someone ten years senior. However, many mightn’t know that Conor McGregor’s sibling, Aoife, has already parted ways with her husband. But what might have happened between the ex-couple; let’s learn in this article.

Aoife Is The Elder Sister of Conor McGregor

The media personality was born on July 25, 1985, in Ireland. She is older than her brother, Conor, by three years and was raised alongside him.

Aoife McGregor’s father, Tony McGregor, is a sailor and captain of Conor’s private yacht, The 188. He is very vocal about his support for his son on social media. Likewise, Aoife McGregor’s mother, Margaret McGregor, started going out with her dad at sixteen and married him at twenty-one.

Conor and his sister, Aoife, have another older sibling named Erin McGregor, who is a mother of two. She is a well-renowned dancer who previously trained as a competitive bodybuilder.

All McGregor siblings were raised in a loving environment by their parents. They are very close with each other and never miss out on one another’s important events.

Conor McGregor’s sibling, Aoife, has shown interest in fashion and entrepreneurship. She started her career as a sales rep for Mac in her 20s. Eventually, she trained to be a make-up artist.

The fashionista shared her idea of launching a beauty and fashion brand in 2017. She also revealed her aspirations of world domination by her new collections. Furthermore, she credited her younger brother Conor’s self-belief as her inspiration.

However, the make-up artist hasn’t launched her brand as of February 2022. Instead, she might have put her plan on hold for some reason.

The former UFC Champion has established a large fandom with his fighting career. His increasing popularity has also made anyone closer to him gain fame. And Aoife’s bond with her brother, Conor, has undoubtedly made her famous on the Internet.

Unlike those who prefer to remain in shadows, the gorgeous lady is very social. Conor McGregor’s sister has an Instagram account with 100K followers. Moreover, Aoife often posts photos with her siblings and parents. They usually obtain thousands of likes.

The social media influencer loves to share her vacations, travels, or random clicks on Instagram. She also has fan accounts opened after her.

Aoife Was Married To Mark Elliott

As mentioned earlier, the blond beauty previously tied the knot with a guy who is ten years older than her. Her ex-partner, Mark Elliott, works as a mini-digger operator.

Aoife McGregor’s ex-husband, Mark, was previously jailed for drug offenses. The cops found two kilos of Cannabis herb on his house on February 16, 2009. As a result, Elliott received a seven-year prison sentence but only served four years.

The ex-pair first met via mutual friends. Although both were in different relationships, they formed a connection. After two years, the ex-couple again met in Lucan and exchanged numbers.

Aoife’s ex-spouse constantly pursued her and didn’t give up. She finally relented and began dating him soon after. Moreover, the ex-duo married at a grand event on New Year’s Eve 2016. The wedding was held at five stars Powerscourt Hotel in Co. Wicklow.

Since then, the former lovebirds enjoyed marital bliss for nearly four years. Both often went on romantic trips, dates, travels, and vacations.

Separated From Her Ex-Husband

Although Conor McGregor’s sister, Aoife, and ex-brother-in-law, Mark, seemed to be on good terms, there were troubles brewing in. Both had differences in opinions which put a strain on their marital life.

The ex-pair announced their separation in August 2021. Aoife’s ex-husband, Mark, revealed how the disagreement on having babies led to their divorce. In addition, he clarified he didn’t want any kids, but his ex-beau did.

However, Aoife’s desire to have her own child didn’t match her ex-spouse’s choice, leading to their separation.

Since her divorce, the make-up artist has been living a quiet life. But she gained attention after her visit to Kinhan Cartel linked criminal Graham “The Wig” Whelan in January 2022.

Conor McGregor’s sister, Aoife, has made two visits to Graham at Portlaoise Prison. The latter is jailed for money laundering and involvement in a criminal gang.

Aoife became close with Whelan after her separation from her ex-husband, Mark. However, she hasn’t shared anything regarding her visits or relationship with the felon. Hopefully, she might open up about the issue more in the future.