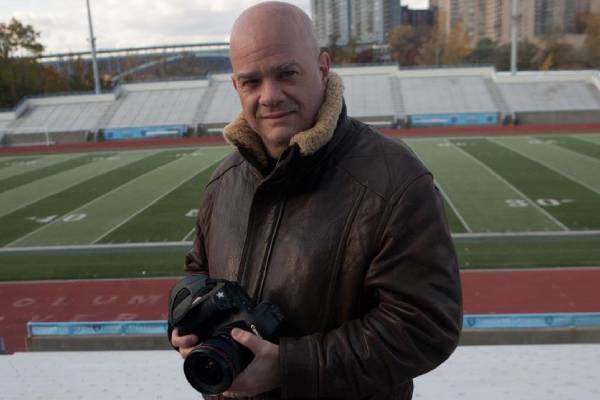 Born in La Jolla, Marcia Gay Harden has established herself as one of the most successful actresses in the Hollywood movie industry. Having been involved in the acting profession since 1979, she has come a long way in her career. Harden has not only been nominated for prestigious awards, she has also amassed commendable fortune to her name.

Born and brought up in a family far away from the entertainment world, no one might have thought that the little girl from La Jolla would become globally famous. She comes from a family of seven, including her four siblings and parents. Talking about her siblings, many are curious to know about them. So, today’s article is about Marcia Gay Harden’s brother Thaddeus Harden. Find out what he does and more about his whereabouts.

One Of The Five Children Of His Parents

Thaddeus was born in July 1963. He is one of the five kids of Beverly Bushfield Harden and Thad Harold Harden. Thaddeus Harden’s father was a retired U.S. Navy captain, and his service included duties as an operations officer aboard the USS Osborne, a night fighter pilot, and others. After retiring, he worked as a communications advisor for ARINC Research Corp. and Stanford Telecommunications.

Unfortunately, Thaddeus’ old man passed away on February 19, 2002. Likewise, Thaddeus Harden’s mom, Beverly Anne Bushfield Harden, also died on December 19, 2018, following a long battle with Alzheimer’s. Furthermore, their ashes were laid next to each other at the national cemetery in Dallas.

Thaddeus Harden’s parents had met at the University of Texas in Austin, and after marrying, his mom fulfilled her duty as a Navy wife gracefully. She was known for her presentations and demonstrations at the Smithsonian Museum and the National Arboretum, The Kimbell Art Museum, the Irving Art Center, and the Fort Worth Botanical Gardens.

It must have been difficult for Harden and his other siblings to lose their dad and mom. Furthermore, he is the only brother of Leslie Jernigan, Sheryl Peyton, Marcia Harden-Scheel, and Stephanie Harden-O’Brien. It must have been a wonderful time for the family of seven. All of the Harden siblings must have had a splendid time growing up together.

Interestingly, Marcia Gay Harden’s ex-husband, Thaddaeus Scheel, has a similar name to her brother. Moreover, as per IMDb, her dad’s name is also Thaddaeus.

Not many know that photography is a profession and hobby of Thaddeus. Firstly, let’s talk about his education and past jobs. He is the class of 1978 at American Community Schools of Athens. Then, he attended Fort Hunt Elementary School in Alexandria, Virginia, and Marine Military Academy.

In 1984, Marcia Gay Harden’s younger sibling enrolled at Stephen F. Austin State University. He studied photography and transferred to Hunter College a year later. In 1992, Thaddeus graduated from Hunter with a Bachelor’s degree in Arts. He also studied English there.

The 59-year-old guy worked as a bartender from 1983 to 1996. In 1997, he started his career as a photographer. He has a website named Thaddeus Harden Photography, where he shares many of his works. Furthermore, he has been involved in this business for two decades.

Thaddeus started his photography and portrait business to create something very special as a gift for all women to enjoy. As per his website, he is offering a 40 Over 40 special photoshoot to women who are over forty for $625. Moreover, he will interview the participant after the photo shoot in order to learn their opinions about being a woman over 40.

The photographer’s 40 over 40 special promotion experience’s total value is estimated to be $950. Likewise, the price of the package starts at $1,400 and of a La Carte images at $300. During the photoshoot, the provision of wardrobe and styling consultation and planning is done. It also includes professional makeovers.

In addition, Thaddeus is also an Operating Partner at Cozy Day Spa. So, all in all, Marcia Gay Harden’s brother must be earning considerably in his professional career. While the former’s fortune is worth $16 million, Thaddeus Harden’s net worth must also be significant.

As many know, Marcia is a proud mother of Eulala Grace Scheel, Hudson Harden Scheel, and Jullitta Dee Scheel, whom she shares with her ex-husband Thaddaeus Scheel. Like her, her sibling is also a family person. He is happily married to Zhenji Jin.

The couple tied the knot on August 1, 2008, as per Zhenji’s Facebook post. However, according to one of her husband’s anniversary posts, the duo got hitched in July of the same year. Furthermore, the lovebirds got married by the Justice of the Peace on March 5, 2008, and held their wedding ceremony on July 9. Nonetheless, the pair, who got engaged and married in 2008, are still enjoying their marital bliss.

The photographer often shares adorable pictures with his spouse. Likewise, Thaddeus Harden’s wife studied at Jilin University in China. In addition, the couple is proud parents of a son, Mason Harden, whom they welcomed in May 2010. As the only child of Thaddeus and Zhenji, he must be pampered a lot.

While his present seems pleasant and blissful, Marcia Gay Harden’s brother had to go through a traumatizing incident in the past. In December 2003, he lost his two children, Audrey Gay Harden and Sander Waring Harden, to a fire that erupted in their Astoria apartment. Sadly, Thaddeus Harden’s ex-wife, Rebecca Harden, also succumbed to her injuries following the fire.

It must have been difficult for Harden to lose his precious babies. Nevertheless, Thaddeus is now leading a happy family of three. As a popular photographer, we hope his success rises in the coming days. We wish him a successful career ahead. We hope he continues a blissful life in the upcoming days.