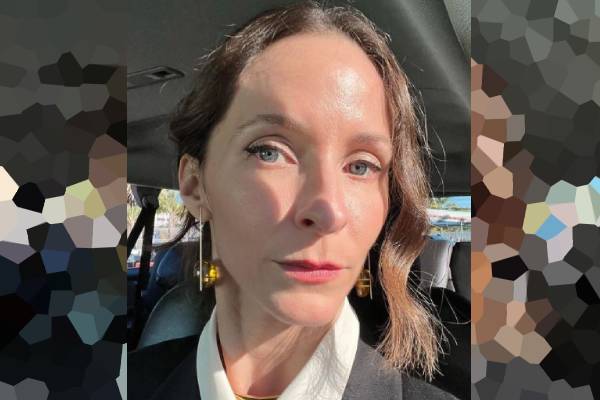 Emilie Livingston has been married to Jeff Goldblum since 2014. Image Source: Emilie's Instagram.

All the Jurassic Park fans around the globe must be familiar with Jeffrey Lynn Goldblum, aka Jeff Goldblum. The 69-year-old is a popular actor, musician, and director. His most notable role as Dr. Ian Malcolm in Jurassic Park and its sequels is appreciated and loved by the audience.

Besides his illustrious career, Jeff has had dry spells regarding his marriages. The talented actor has been married and divorced twice. He was married to actress Patricia Gaul for six years, from 1980 to 1986. Similarly, after his divorce from Patricia, Goldblum married Geena Davis in 1987. However, they were only together for a few years. They called quits on their marriage in 1991.

But, Jeffrey has been lucky the third time asking. He has been married to Emilie Livingston, since 2014. Furthermore, the couple has welcomed two children together. Hence, in today’s article, let’s talk about seven interesting facts about Jeff Goldblum’s wife, Emilie Livingston.

Jeff Goldblum’s spouse Emilie Livingston was born in Etobicoke, Ontario, Canada, on 4th January 1983. She was the second-born daughter of her parents. Emilie has an elder sister, Vanessa Livingston Andreassen, a trained dancer. Furthermore, Jeff’s baby mama was passionate about dancing from a young age.

As a 2-year-old, Emilie would frequently accompany her mother and sister to dance practices. Her sister, Vanessa, who was five at the time, was taking dance classes from their mother. So Vanessa would sneak her younger sister into the room when their mom would be in the changing room.

Similarly, Emilie’s interest in dancing helped her develop marked flexibility. When she was six years old, Jeff Goldblum’s wife witnessed a gymnastics event in Toronto and was immediately mesmerized. Furthermore, Livingston started to generate interest in rhythmic gymnastics. Fortunately, the same gymnast who performed at the ceremony agreed to become her first coach.

Under her coach’s wing, Emilie started to perform at local gymnastics events when she was just 11 years old. In addition, she moved to Russia to pursue a career in gymnastics. Her coach was invited to train new students in Russia, and Emilie followed her teacher there.

Furthermore, Emilie trained at the prestigious Novogorsk camp in Moscow, Russia. She had to go through intensive and challenging training there. She trained in Russia until she turned 20. However, the training has helped her become a skilled gymnast today.

Jeff Goldblum’s Wife Is An Olympian

After completing her training in Russia, Jeff Goldblum’s partner Emilie Livingston returned to Canada. She won the national gymnast title three times. In addition, Emilie won the Pan American champion award in 1999. Furthermore, the talented gymnast has represented her country Canada in the Olympics.

Emilie participated in the 2000 Sydney Olympics. She came 17th in the overall XXVII Olympiad. However, Livingston has won the silver medal in the 1998 Commonwealth Games.

Met Jeff In A Gym

Emilie Livingston met her husband, Jeff Goldblum, at a gym. Jeff noticed her and walked up to her to have a conversation. The pair instantly clicked from the get-go. Emilie even attended one of Jeff’s musical performances, and the duo performed together.

After dating for three years, they held their marriage ceremony in 2014 at the Chateau Marmont Hotel in Los Angeles. Furthemore, they can be spotted in public together for date nights with matching outfits. Since her marriage to Jeff, the former Olympian goes by Emilie Goldblum.

Since then, the love birds have been in marital bliss. They often share pictures of themselves celebrating festivals and spending time together with their family.

At first, the couple had thoughts and concerns over having kids. Jeff was already in his 60s and was thirty years older than Emilie. But, after having a conversation with their family and consulting a therapist, they are now parents to two adorable boys.

Has Worked In Hollywood

Through her gymnastic skills, Jeff Goldblum’s spouse Emilie Livingston has made her way into Hollywood. She worked as Emma Stone‘s body double for a sequence of aerial dancing in the movie La La Land.

Furthermore, Emilie was also Rihanna‘s body double in the 2017 movie Valerian and The City of A Thousand Planets. She performed a gymnastic pole dance in the film. Her works as a body double must have helped increase Emilie Livingston’s net worth.

Emilie Livingston is a famous personality on various social media platforms. She is active on Twitter and Instagram. Talking about her Insta, she has around 44.6K followers and 2,220 posts on the social handle.

Well, it is clear that Emilie Goldblum is doing well in her personal as well as professional life. We hope she continues to find success in her life.