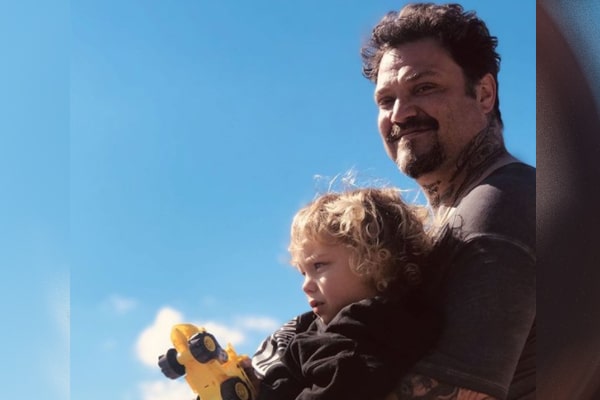 Bam Margera rose to fame in the early 2000s from the MTV reality stunt show Jackass. He is an American skateboarder, tv personality, and filmmaker who directed and co-wrote Haggard and Minghags.

Besides fame, Bam Margera has an infamous reputation inflicted on him because of his addictive alcoholism. However, he has gotten sober and lives a beautiful life with his wife Nikki Margera and son, Phoenix Wolf Margera. However, he had to go through several other weddings before settling down with Nikki.

Here we shall talk about Bam Margera’s ex-wife, Missy Rothstein, and her whereabouts after the couple divorced.

Bam Margera’s ex-wife, Missy Rothstein, is a talented American model and photographer. Although she rose to fame after her marriage with Jackass star Bam, she surely had the beauty to become a model and enough skills to work as a photographer.

Unfortunately, there are no details about Rothstein’s whereabouts and her career, but this comes as no secret since she has been turning down media approaches for ages. She even respectfully crawled her way out of tabloids and paparazzi.

Missy, who was versed at deflecting media, keeps her distance from tabloids. Therefore, we do not know much about her whereabouts. But there is no doubt that the Penn State University graduate in Communication is doing great both professionally and personally.

But did you know Bam and Missy were high school sweethearts?

Bam And Missy Were Friends In High School

Jackass star and his ex-wife Missy had a long history. Their relationship dates back to their high school years in West Chester East High School. However, they were only friends then, but their paths crossed again in the mid-2000s, and Bam helped her with acting engagements. Hence the couple started dating in the mid-2000s.

Furthermore, Margera and Rothstein got engaged in 2006. They eventually got married on February 3, 2007, in downtown Philadelphia in attendance of about 350 friends and family.

Moreover, Bam Margera’s marriage with ex-wife Messy Rothstein was documented on the MTV series Bam’s Unholy Union. According to Washington Post, Bam’s former partner was hopeful of him, who she claimed to be a very kind and caring person.

Similarly, Bam Margera and Missy Rothstein’s marriage was rather unconventional as there were about $13,000 damages during the wedding celebration.

Aforementioned, Bam and Missy had a grand wedding in the presence of almost 350 friends and family members. However, there was at least $13,000 worth of damage at the ceremony. Bam was greeted with a hefty bill after doors, and light fittings were smashed at the hotel where his wedding took place.

Moreover, while talking to his tattooist, Kat Von D, he revealed that he was ready for the incident like above. He also added that if the Jackass crew did not break something at the wedding, it wouldn’t be right.

The former couple’s honeymoon was in Dubai. However, like the damages during their wedding celebration, Missy and Bam Margera’s marriage was plagued by Bam’s alcoholism. Although the pair appeared happy and their marriage seemed blissful, they had their fair share of ups and downs.

Amongst the hiccups was Bam Margera being hospitalized in 2009.

Margera’s ex-spouse Missy, had to call 911 following a four-day alcohol binge. When asked about the drinking spree, he revealed that he might get a divorce, and booze helps. As blissful as the former Margera couple were, they experienced harsh reality. In 2010, Margera revealed that the pair lived in separate cities, met once a week, and Missy knew about his extra-marital affairs.

Aforementioned, Bam Margera and his ex-wife, Missy Rothstein, lived in separate cities and were going through a rough time in their marriage. Moreover, she also knew about her ex-husband’s extramarital affairs. Hence, their bond got strained, and ultimately the pair ended their marital relationship.

However, the couple remained legally married until 2012, when they announced getting a divorce together. Missy was even delighted about ending their marriage and starting anew.

Unfortunately, there are no details about Bam Margera’s ex-wife, Missy Rothstein’s current relationship status or whereabouts. Meanwhile, Bam is enjoying a beautiful conjugal with his partner, Nikki Margera, and welcomed their only child, Phoenix, in 2017.

Although there’s not much, Missy must be having a robust career and is happy staying away from the limelight.