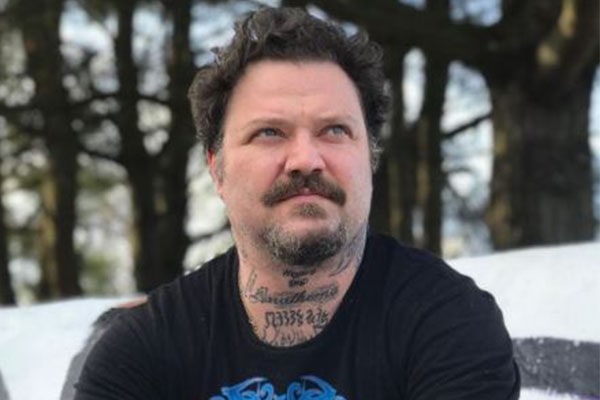 Bam Margera, born Brandon Cole “Bam” Margera in West Chester, Pennsylvania, is an American stunt performer, filmmaker, former professional skateboarder, and television personality. He became famous as one of the stars of the MTV reality stunt show Jackass. He has earned immense fame and wealth from the various ventures that he has been involved in.

Besides being a renowned personality, Bam is also a family person who loves spending quality time with his family. Margera shares a blissful marital life with his partner Nicole Boyd. The lovely pair are blessed with a son and are living a happy life. With the popularity, fans are curious to know about Bam Margera’s wife and lovelife. Now, let’s take a glance at the marital life of Nicole Boyd and Bam Margera and their family.

Dated Awhile Before Tying The Knot

Bam Margera has gained fame from the show Jackass. Bam, who was previously married to Melissa Rothstein from 2007 to 2012, is currently in a marital relationship with Nicole Boyd. Nicole and Bam met in 2012 at the Phoenix Theatre in California at a concert. They dated for almost a year and then tied the knot on October 5, 2013.  They got married on-stage during the Random Hero Festival in Iceland.

Bam and Nicole’s marital life is going strong. The duo is seen posting cute pictures of themselves on Instagram. They are living happily at their house in Chadds Fors, Pennsylvania.

Have A Son Together

As stated earlier, popular stunt performer Bam Margera shares a blissful marital life with Nicole Boyd and has been married for 7 years now. In their happiness-filled married life, they have welcomed a son together. Their son, whom they have named Phoenix Wolf Margera, was born in December 2017. The lovely pair Nicole Boyd and Bam Margera are raising their son with great love and care.

In an interview with People, Bam explained that they chose to give their son that name because they met at the Phoenix Theater. He has already introduced his son to skateboarding. The Margera family all are doing their best for themselves.

Just like her husband, Nicole is also an actress. Bam Margera’s wife has worked as an actress, photographer, and model. She has appeared as a Puppeteer in the comedy-drama, Togetherness. Going through her Instagram, we can see that she clicks amazing pictures and has a love for photography. She is also a successful graphic designer.

Besides that, she also did modeling for Multi-Level Media Solutions. Bam Margera’s wife Nicole Boyd is doing pretty good for herself and is pretty successful in her career.

Was Involved In A Controversy

Bam Margera has been in various legal troubles and controversies. Recently in 2021, he got involved in a controversy, where he posted a video on Instagram. In the video, he showed off adult toys and threw them at his wife in an argument. He was also heard yelling at her. Bam Margera’s wife, Nicole Boyd, was seen unamused with her husband’s behavior.

Despite the controversy, the duo seems to be in deep love. Bam Margera and Nicole Boyd are seen sharing kisses in their videos, uploaded on Instagram. They have been married to each other for all these years and are now great parents to a handsome son. Bam is supportive of his wife and son.

However, in September 2021, fans were shocked when it was revealed that Nicole had filed for child custody of their son, Phoenix. There has been no news about Nicole and Bam’s divorce. So, the couple might be taking time for themselves and parenting their child to their best.

Nevertheless, let’s hope that they live their life comfortably and happily.