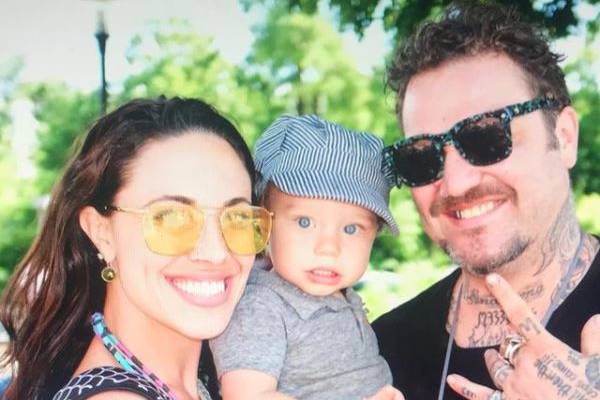 Bam Margera has been going through many personal and professional troubles in recent days. And the new problem surrounding his life seems to be his relationship with his wife, Nicole Boyd.

The couple who have been together since 2012 have gone through many ups and downs in their relationship. But it seems like their marriage is not quite perfect with Bam Margera’s wife, Nicole’s filing for child custody.

According to TMZ, Nicole Boyd filed court documents on Wednesday, September 15, asking for the custody of their son, Phoenix Wolf Margera. As per the documents, Boyd will allow Bam to meet his child but only with a monitor that both parties approve.

The filing is interesting and unique because child custody is usually related to divorce or separation or if the parents are not married. However, Nicole, who married Bam in October 2013 on stage, has not yet filed for divorce. Instead, the child custody filing is a stand-alone issue, and no details of the couple’s separation have been released yet.

So, what do you think, have the Boyd-Margera pair ended their relationship? Or maybe they are working on their marriage while also keeping their son, Phoenix’s interest, at the forefront.

Not The Only Legal Issue Surrounding Bam Margera

Aforementioned, trouble seems to have surrounded Bam Margera for quite some time now. Due to his addiction issues, he was fired from the new project of the Jackass franchise in February 2021. He had been asked to stay sober while filming Jackass 4, aka Jackass Forever. But since he breached his contract, he was permanently booted from the project.

After being fired, Bam ranted about the project on his since-deleted Instagram video and even urged his followers not to support the movie. After this, while talking to TMZ, Margera accused the producers of forcing him to check into rehab. The actor had also previously revealed that he was diagnosed with manic bipolar disorder.

Moreover, the movie’s director, Jeff Tremaine, filed for and was granted a 3-year restraining order against Margera. Jeff revealed that Bam had been sending him disturbing messages and also threatening his children. And for his and his family’s safety, Tremaine asked for a restraining order.

Furthermore, only a few weeks before Bam Margera’s wife filed for their 3-year-old son’s custody, the actor himself sued Jackass Forever stars and his friends. As per TMZ, Margera filed against Paramount Pictures, MTV, and his longtime friends, Johnny Knoxville, Spike Jonze, and Jeff, claiming psychological torture.

With him suing his friends and being sued by his wife, it seems like Bam Margera will be surrounded by court battles in the coming days. Let’s hope the troubled star comes out unscathed from these ordeals.