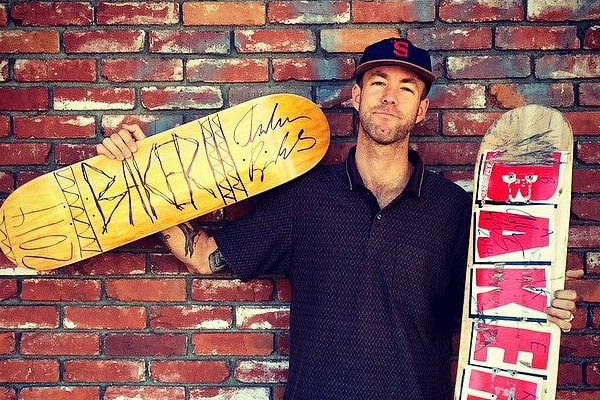 Andrew Reynolds is a well-known American professional skateboarder, famous for co-founding the American skateboarding company Baker Skateboards. Currently, Andrew is the sole owner of the company. The street skateboarder Reynolds is also the head of design at the American footwear company Altamont Apparel. He is regarded as one of those remarkable people, pushing a steady career for several eras of skateboarding.

The legendary skateboarder Andrew Reynolds is currently raising his beautiful daughter name, Stella Reynolds, as a single dad. Here, get to know the woman who gave Reynolds the privilege to become a dad. Also, learn some more about Andrew Reynolds’ baby mama, Christiana, and where she is at the moment.

According to various online sources, the popular skateboarder Andrew Reynolds welcomed his daughter, Stella Reynolds, with a woman named Christiana in 2006. Besides that, no more information is available on the internet about Andrew Reynolds’ baby mama. Moreover, both Andrew and his daughter, Stella Reynolds’ mother, have never appeared together in public or spoken about their relationship in media interviews.

Andrew Reynolds’ daughter, Stella Reynolds, arrived in 2006.  It makes us clear that Reynolds and his baby mama met long before 2006. Moreover, in an interview, the single father, Andrew, said that he had an ex-wife with whom he shared a house in the hills in the past. It hints that Reynolds was once a married man.

Probably, Andrew Reynolds’ baby mama, Christiana, prefers to stay away from the limelight. She seems to ignore the media since separating from her previous husband. We hope she is living a pleasant and healthy life wherever she is in the present.

Ever since after the birth of Andrew Reynolds’ daughter, Stella Reynolds, his baby mama seems to have separated from them. In 2010, when Stella was just five, Reynolds had mentioned himself as a single dad during a media interview. Moreover, he said he had a nanny who helped him to take care of his daughter. So looking at that, people can speculate a lot of things.

Furthermore, there is not a single photo of Stella and her mother together available on the internet.

Mother of Andrew Reynolds’ Daughter Struggled With Drugs In The Past

Almost every Andrew Reynolds fans and those who are keeping track of his life know well about Reynolds’s past struggles with alcohol and drugs. Reynolds began drinking alcohol, smoking, and using drugs since he was sixteen. However, at the age of twenty-three, he realized that his drug and alcohol addiction was slowly ruing his life and his skateboarding career. As a result, he tried various methods and finally got rid of his bad habits and has been sober for over fifteen years.

During an interview with Vice magazine, Andrew Reynolds revealed that his daughter’s mother, Christiana, also struggled with drugs and alcohol in the past. He added unlike other peoples, he and his ex-wife drank and used drugs beyond normal, affecting their life badly. Although Reynolds did not mention it in his interview, it seems like their substance abuse also played a major role in their separation.

Currently, Andrew Reynolds is living a happy and blissful life with his beloved daughter, Stella, and his girlfriend, Lisa. But, his baby mama, Christiana, and her details are still a mystery to many.