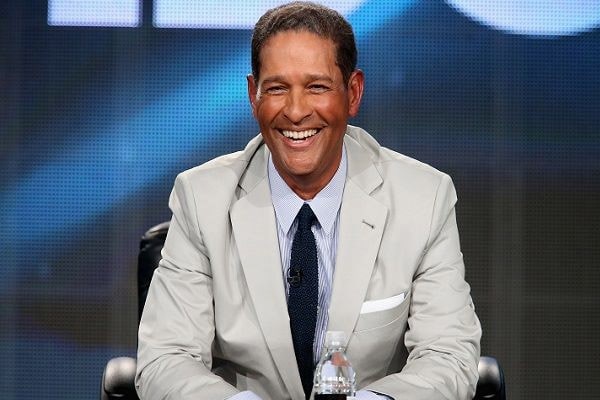 Bryant Gumbel, born Bryant Charles Gumbel, is an American sportscaster and a television journalist. Gumbel is famous for his over fifteen years of career as a sports analyst of NBC’s Today. He was co-host of NBC’s several sporting events such as Major League Baseball, college basketball, and the NFL. Gumbel also hosted HBO’s famed series Real Sports with Bryant Gumbel, which won a Peabody Award in 2012. Besides, Bryant is also renowned as the younger brother of American sports commentator Greg Gumbel.

The winner of several Emmy Awards, Bryant Gumbel, married twice in his lifetime. Currently, Bryant is living with his second wife, Hilary Quinlan. However, before this, he was in a marital relationship with June Baranco for almost 28 years. Here, know everything that you need to learn about Bryant Gumbel’s ex-wife June Baranco.

The graduate of LSU, June Baranco took the wedding vows with the sports announcer, Bryant Gumbel, on 1 December 1973. They married in a private ceremony in front of their family members and some close friends. According to the SI magazine, Gumbel may have married June to impress his father, Richard Dunbar Gumbel. Richard liked June the moment he saw her during a tour in Chicago.

The former couple, Gumbel and Baranco, kept their married life entirely hidden from the public. They enjoyed their conjugal bond for over two and a half decades. However, with increasing time, their concern and love for each other began being dim day after day. Eventually, Bryant and June parted their ways away from each other and stayed separated for some years. Later, the two ended their marriage with a divorce in 2001.

There were various speculations behind the official separation of the former husband-wife duo. However, most online sources claimed that June accused her ex-husband, Gumbel, of being a serial adulterer for much of their married life. The final straw was when Gumbel moved in with his then-girlfriend and present wife, Hilary Quinlan, about two years before their divorce.

The twenty-eight years-long togetherness of Bryant and his estranged wife, June, gave them lots of happiness and good memories. But more than that, they got the pleasure to be a mom and dad of two adorable kids, daughter Jillian Beth Gumbel and son Bradley Christopher Gumbel.

The ex-partners Gumbel and Baranco welcomed their first kid together, Bradley, in 1978. Similarly, Baranco gave birth to their second child, Jillian Beth, in 1984. Both of them lived with their mom after their parent’s divorce. Despite the split-up of the former couple, their children still share a good connection with their dad, Bryant.

The youngest of the Gumbel siblings, Jillian, resides in Westchester, New York, and is a yoga instructor. She custom designs programs to sharpen specific muscle groups. Besides, Gumbel’s daughter is married to William Russell Robins. She is a proud momma to two kids with her husband, William.

While talking about Gumbel’s son, Bradley, he usually stays far from the media limelight. Nevertheless, he shares a great bond with his parents and sister and lives a healthy life away from the media.

After divorce, Bryant Gumbel walked down the aisle with his long-time girlfriend and former researcher for Goldman Sachs, Hilary Quinlan. They shared their wedding vows on 24 August 2002, and since then, they are often seen together on the red carpet events.

Talking about Bryant Gumbel’s ex-wife, June Baranco, she lives a private life far from the media reach, avoiding the unnecessary press drama. After separating with former husband, Bryant, she could be single to date.

In December 2009, during the American talk show, Live with Regis and Kelly, Bryant denied the proposal of his co-host, Kelly Ripa, to dance to introduce a segment. Gumbel disclosed that he could not dance as his doctor had recommended him to rest after his cancer surgery.

The ex-partner of June Baranco, Gumbel, told the media that a malignant tumor and part of his lung were taken out in 2009. Even after the surgery, some cancer cells were present. So, he went through some treatment, and he is completely recovered now. Currently, Bryant Gumbel is living a healthy and contented life with his beloved wife, Hilary.