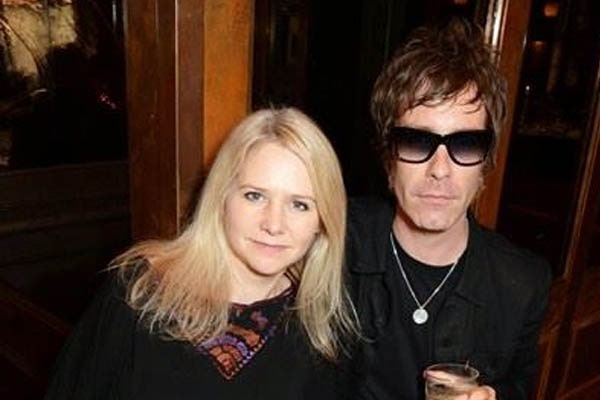 Jay Mehler and Lee Starkey are both well-known figures of the British Entertainment Industry. Both are related to the field of English music in some ways. Lee Starkey is famous for being the daughter of the legendary drummer of The Beatles band, Ringo Starr. She is also a make-up artist and an emerging fashion designer. Talking about Jay Mehler, he is also in the music industry as a guitarist and the bandmate of musician Liam Gallagher. Formerly, Mehler played guitar for the English rock band Kasabian and Beady Eye.

Aforementioned, both Jay Mehler and Lee Starkey have a connection to the English music industry in different ways. Though Jay Mehler started his career in the music industry earlier, he rose to fame only after joining Kasabian band, replacing the band’s former guitarist, Christopher Karloff, in 2006. Reportedly, Mehler began dating Lee Starkey the same year he joined Kasabian. Although there is no information available on the internet regarding when and how they met, it is speculated that they met while attending some musical event.

Ever since Jay Mehler and Lee Starkey began dating, they attended various public events together. Though the media’s prying eyes often captured them together on their camera, the two have not shared any pictures with each other on their own. Moreover, the couple has never talked about their relationship in any media interviews. As a result, the current status of their relationship is a mystery to all of those who are interested in their personal life.

Moreover, there are no rumors of this duo dating any other person. So, we hope Lee Starkey and Jay Mehler are still together, sharing immense love and care for one another.

Mehler And Lee Starkey Are Parents To Triplets

Although Jay Mehler and Lee Starkey’s relationship is an unsolved puzzle, it is not a secret that the privacy-loving couple is parents to triplets. Starkey and Mehler welcomed their triplets, two sons, Smokey Mehler, Jakamo Mehler, and a daughter, Ruby Mehler, in late 2009. All three kids of Lee Starkey and Jay Mehler are keen musicians. Their daughter, Ruby, plays the piano while their sons, Jakamo and Smokey, play drums under the constant supervision of their grandpa, Ringo Starr.

The secretive partners, Jay and Lee, rarely bring their children to the red carpet events. They always make sure that their family life remains far from the reach of the media people.

Jay Mehler’s partner, Lee Starkey, is a brain tumor survivor. Long before Lee Starkey met Jay Mehler in August 1995, she fainted in England and was immediately rushed to the hospital. The doctors discovered that she had a brain tumor. But, luckily, the tumor was operable. So, the doctors transferred her to a hospital in the United States to continue on with her therapy. Within three weeks, Starkey underwent a second operation at Brigham Women’s Hospital, Boston, for her tumor. Later, she was given radiation treatment.

However, after some years, in 2001, Lee Starkey’s tumor returned. So, she returned to the United States for further treatments. This time, she completely recovered from her tumor and is living a healthy life ever since.

Currently, Lee Starkey and Jay Mehler live a happy and contented life in London, far from the reach of media scrutiny. But, we hope the couple shows themself off in the limelight so that their admirers can be more clear about their love life.