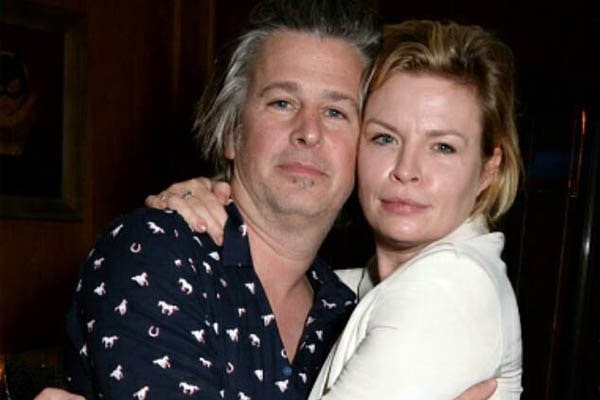 Jason Starkey is in a marital relationship with gorgeous Flora Evans since 2010. Image Source: Social Media.

Jason Starkey is famous for being the son of the Beatles drummer Ringo Starr and his first wife, Maureen Starkey Tigrett. The uncle of the Belakiss band’s bassist and singer Tatia Jayne Starkey, Jason has also gained fame in the English entertainment world on his own. He is famed for his contribution to the music industry as a road manager and drummer. Besides, the Hammersmith, London-born Jason Starkey is also a photographer.

The handsome and talented son of Ringo Starr, Jason Starkey, is a responsible family man with a loving wife and four kids. Though he always remains mute concerning his personal life, we have amassed some fascinating information on his wife, Flora Evans. So, stay with us through this article to know about Jason Starkey’s wife, Flora Evans, including her profession.

Married To Jason Starkey And A Doting Mother To Four Kids

Jason Starkey tied his marital knot with Flora Evans in an intimate ceremony in 2010. Like his elder brother, Zak Starkey‘s marriage with Sarah Mendikies, his wedding ceremony was also performed secretly to avoid excess publicity. The beautiful couple, Jason and Flora, dated for almost a decade before walking down the aisle together.

Over a decade of Jason Starkey and Flora Starkey’s marital life has made them parents of four sons, Louie Starkey, Sonny Starkey, Rock Starkey, and Buddy Starkey. The eldest of Starkey siblings, Louis, arrived way before his mom and dad’s marriage in the summer of 1999. Similarly, Flora gave birth to their second child, Sonny, in 2002, and third child, Rock, in 2009. Similarly, they welcomed their youngest offspring, Buddy, a year after their wedding on 24 June 2011.

Furthermore, Jason Starkey’s wife, Flora Evans, rarely appears on the red carpet and other public events together with her partner. However, seeing the husband-wife duo’s rare pictures, it seems like their love for one another is growing with time. The parents of four, Starkey and Evans, are currently enjoying their marital bliss with their kids at their lavish home in England.

Co-Founder Of The Superfine Jeans

Jason Starkey’s wife, Flora Evans, started working as a photographer and visual artist in the field of fashion and music from the mid-nineties. Evans’ distinctive style guided her to work with prestigious fashion magazines like Vogue, iD, the Face, and IT. She and her work began to gain more fame when she co-founded a clothing line named Superfine jeans with Lucy Pinter, whom she met through late style icon Judy Blame.

After meeting on an editorial shoot in 1999, Lucy and Flora decided to make jeans exactly how they wanted to wear; refined, simple, and especially skinny. As a result, Superfine came into existence with a real London attitude in 2003 and soon gained dedicated followers. Superfine’s customers include the celebrities like Kylie Minogue, Kate Moss, Hilary Duff, Victoria Beckham, and Drew Barrymore.

Furthermore, as a photographer, Flora Starkey worked with many photographers, including Tim Walker, Nick Knight, Alasdair McLellan, and Willy Vanderperre.

However, it seems like Flora Evans is no more in the fashion industry as a fashion designer. Currently, she is a bespoke floral designer based in the innermost part of London.

Aforementioned, Jason Starkey’s wife, Flora Starkey, discontinued designing clothes and used her experiences as a fashion designer in floral designing instead. Currently, she works from her studio and creates arrangements for occasions like fashion shows, exhibitions, and photoshoots.

To date, Flora Evans Starkey’s decorative displays have been exhibited in numerous reputable venues such as Abbey Road Studios, the V&A, St. Paul’s Cathedral, and Tate Britain. Once, she even decorated the entrance of the Chelsea Flower Show in honor of the Queen’s 90th birthday. Other notorious clients of Flora Evans are Vivienne Westwood, Stella McCartney, Frieze London, and Louis Vuitton.

Moreover, several prestigious publications like British Vogue, Vanity Fair, and V Magazine even featured the celebrity floral designer Flora’s work. Once the Vogue magazine wrote that Flora works with her flowers like a Renaissance Painter would work with oils.

So, Jason Starkey’s wife, Flora Evans, discontinued her career as a fashion designer but still continuing her love for designing as a floral designer.