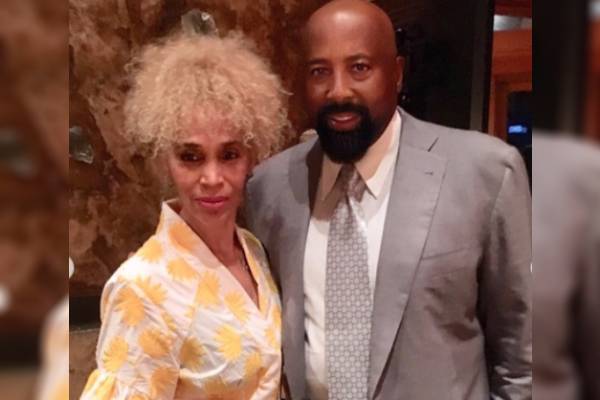 Michael Dean Woodson, aka Mike Woodson, is a former NBA player and an American basketball coach. Currently, Woodson is serving as the head coach of the Indiana Hoosiers men’s basketball team. Before joining Indiana, Woodson served as an assistant coach in the New York Knicks.

As a player, Woodson has been involved in the league since the 70s and started his coaching career in the mid-nineties. During a long career, he has gained a huge name and fame. As a result, his personal life has also become a topic of interest.

So, in today’s article, we will talk about Mike Woodson’s wife, Terri Woodson.

Who Is Terri Woodson?

Terri Woodson is popular as the wife of the head coach of Indiana Hoosiers. Although Terri has not disclosed the exact date of birth, she seems to be in her late fifties.

Furthermore, some sites claim that Terri attended Indiana University and her husband is her college sweetheart. However, the details about their first meeting and date aren’t disclosed yet. Let’s hope they will soon reveal their sweet story soon.

Terri’s family seems to have a close bond with each other. Also, Terri and Mike often share their family photo on their respective social media platforms. Moreover, Terri calls her husband with a sweet nickname, Woody.

Besides being a head coach, Mike supports various causes and hosts different events. For instance, he regularly hosts The Coach Woodson Las Vagas Invitational (CWLVI), an event that provides a unique Summer experience to sports enthusiasts. Alongside Mike, his wife is also a big part of the annual event.

Mike and Terri invite people from the basketball, golf, and entertainment industry and spend some time off the courts. The attendees can eat, dance, and buy products that the host team has created and do some charity work as the funds raised through these events goes to different charity organizations.

Mike Woodson’s wife also plays a big role in the event and has a certain timeslot dedicated to her. In 2015, she conducted a welcome brunch and a tea party. It is clear that Terri is very encouraging of her husband’s work.

The CWLVI event merges basketball with golf and lifestyle to support a great cause. The luxury event brings friends, family, and colleagues together off the different courts and celebrates their happiness together. It seems the event celebrates the world of basketball and showcases the best of fashion, celebrity, and entertainment.

Furthemore, different organizations have been benefited from the fund raised by CWLVI. For instance, Boys and Girls Clubs of Southern Nevada expressed their gratefulness to the CWLVI event for making the charity choice. They also admired the event members and attendees as the heroes of court and off the court.

Her Daughters’ Interests In Volleyball

Mike Woodson’s wife, Terri Woodson is an amazing woman with one of the kindest hearts. In addition to that, she is blessed with two amazing daughters. As Terri and her husband have been together for a long time, during their togetherness, the couple has welcomed two daughters, Alexis Woodson and Mariah Woodson.

Her daughter, Alexis, was a player at Georgia Tech and played on Indiana Woman’s volleyball team for one season. Terri’s elder daughter intended to major in Business and Management.

Meanwhile, Terri and Mike Woodson’s younger daughter, Mariah, was also a volleyball player at Georgia Tech. However, both of her children seem to have quit volleyball.

Is Active In Social Media Platforms

Terri Woodson seems to be a social person who loves to engage with many people and invent new ideas. Besides, Terri often shows up in the events with her husband, and she is very supportive of his career.

Furthermore, Mike’s spouse openly expresses her love and support to her husband through her social media posts. It seems Terri has never missed wishing her husband on his birthday. Aside from being a supportive and loving partner, Terri is also a doting mother to her daughters.

Nonetheless, Mike Woodson’s wife, Terri Woodson, is a woman, mother, friend, and entrepreneur. She has accomplished success and happiness through her personal and professional life. We wish her more happiness and success in her life ahead.