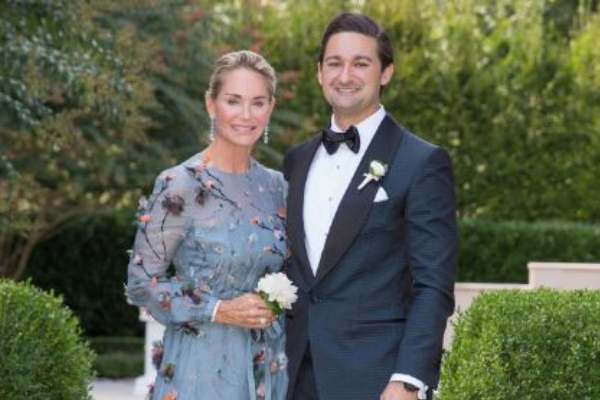 When it comes to talking about some of the business magnates from America, one name that can never be forgotten is Ted Leonsis. He is a businessman, investor, author, philanthropist, filmmaker, and former politician. A former senior executive with American Online, Leonsis is the founder, CEO, and chairman of Monumental Sports & Entertainment.

Ted not only enjoys a successful professional career but also lives a content life with his family. Moreover, Ted Leonsis’ wife, Lynn Leonsis, has been by his side from the very start, and the couple has been a backbone to one another. Hence, to fulfill some curiosities about Mrs. Leonsis, we present you this article.

A Marital Bliss Of Several Decades

As mentioned earlier, the business tycoon is happily married to Lynn Leonsis. It was the sports itself that brought the pair together. He used to be a sports enthusiast and played golf and tennis. While working on launching Redgate Communications Corporation, he used to stay active on tennis courts and golf courses in and around Vero Beach.

One day, Ted’s friends introduced him to a woman playing doubles in tennis. It was love at first sight for the businessman. He was thunderstruck when he first laid his eyes on Lynn. Reminiscing about when he first met his wife, Ted revealed that she was the most beautiful woman and human being he had ever seen.

At that time, Ted and Lynn were single, and in no time, the couple began dating. As time passed, he found that Lynn was beautiful and the smartest and toughest person he had ever encountered. In addition, the duo’s goals were very similar, and they wanted to have a family.

Hence, in August 1987, the lovebirds tied the knot. The time between meeting and getting married to her was a time of immense happiness for Lynn Leonsis’ husband. The duo shares a strong bond, and their deep love has taken the pair to a new dimension. Let’s hope the marriage continues to thrive no matter the situation.

A Happy Family Of Four

It has been thirty-five years since the couple got hitched, and they are still head over heels for one another. In all these years of marital bliss, the duo has welcomed two children, a girl and a boy.

In October 1988, Ted Leonsis’ wife gave birth to their son, Zachary Leonsis, aka Zach Leonsis. Their happiness increased even more as their lives expanded further with the arrival of their baby boy. Then, in 1992, Lynn Leonsis’ daughter, Elle Leonsis, arrived.

With the arrival of their baby girl, the Leonsis family was complete. The relationship between them is the central element of Ted’s life. Lynn Leonsis’ children have already grown up and are married.

As per Fabwags. Mrs. Leonsis was born Lynn Marie Peterson on September 14, 1958. May Elsie Peterson and Richard Eric Peterson welcomed her. Ted Leonsis’ wife grew up in Lake Forest, Illinois, with her sister, Pamela Peterson, aka Pamela Bailey.

On the other hand, it is not known which high school and university Mrs. Leonsis attended. Furthermore, the husband and wife are involved in philanthropy. They are engaged in charity activities through their family foundation. The couple focuses on kids’ education and mentoring in the broader Washington community. In 2000, the duo was honored for their friendship with people with mental retardation by Best Buddies.

All in all, Ted Leonsis’ spouse seems to be doing well. She seems to prefer to live a low-key life as she is not active on social media. But we hope she will reveal more about herself in the coming days. We wish her blissful days in the future.