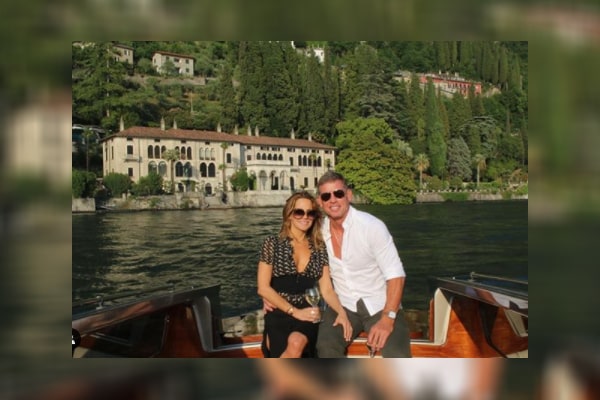 Troy Kenneth Aikman, aka Troy Aikman, is an American former pro-football quarterback for the Dallas Cowboys in the NFL. The first pick of the 1989 NFL Draft, Aikman played twelve consecutive seasons leading the team to three Super Bowl victories. Furthermore, he was a six-time Pro Bowl selection and was the MVP of Super Bowl XXVII.

While talking to DFW Style, Cappa and her partners revealed that the idea of a mobile boutique generated with the on-going trend of food trucks. The team of five passionate fashionistas bought a FedEx truck, lacquered in black and filled with clothes focused on buying the best.

Furthermore, several ventures of Troy Aikman’s wife made her a successful businesswoman. Born to George J. Person and his wife, Catherine is a secretive person and hence hid details of her family, childhood. Nevertheless, Mooty Aikman’s retail shop provided her great fame and success.

Let’s hope Mrs. Aikman rises above in the coming days and start her merchandise soon as her LuxeLiner was a lucky charm as it is directly connected to her romantic life.

Aforementioned, Catherine Mooty Aikman‘s romantic life is directly connected to her business venture, LuxeLiner. The former Cowboy quarterback, Troy Aikman, met his wife while she worked as a Fashion Retailer.

They instantly hit it off romantically and started dating by 2016. Troy and Capa’s chemistry was too irresistible even for the couple themselves that Troy did not want to let go of Capa.

Therefore, the news of engagement soon hit the Internet world via Aikman’s Instagram in July 2017. They were on vacation in Italy, and the romantic couple got engaged while in Lake Como, Italy. Born as Catherine Cecile Person in October 1970, she was very excited to have met her soulmate and more than ready to become Mrs. Aikman.

Less than a couple of months later, sportscaster Troy and his wife, Capa, made headlines on their wedding day. The lovebirds shared their vows on September 2, 2017, in an intimate ceremony.

The Fox lead NFL game analyst, Troy, and his wife, Capa, exchanged their vows in an intimate ceremony followed by a reception at the Four Seasons Santa Barbara, California.

Furthermore, the retired athlete, Troy, shared his joy on his Instagram crediting photographer Lily Ro Hernandez. Even today, the pair are happily married and are living as a perfectly blended family of six.

Although Troy and Capa’s wedding was monumental, this wasn’t the first wedding for both the individuals.

Troy Aikman’s Wife Was Previously Married To A Lawyer

Marriage consumes a lot of energy from a person and requires excellent efforts for it to work out. Sadly, not every person is lucky enough to find someone to invest in a balanced life in the marriage and hence fall apart. Such was the story of the Aikman couple since both of them had already experienced failed marriages.

Before Troy, Capa was married to Jerry Mooty. The couple separated for some unknown reasons and shared two beautiful sons. There are no further details on their marriage or divorce. However, Aikman’s wife was a single mom when the couple first met. Could have related to the ‘single parenting’ thing, eh?

Likewise, Troy Aikman himself experienced an expensive divorce with his ex-wife of a decade, Rhonda Worthey. The pair married in 2001 and welcomed two daughters in the world. Unfortunately, the marriage fell apart for unknown reasons, and the divorce was settled as Aikman’s ex-wife received a whopping sum of $1.75 million.

Despite the failed marriages and having two kids, both Troy Aikman and his spouse are raising a family as a team. They fondly call their unique family #teamsix. So, ready to hear about the team six?

A Blended Family Of Six

Well, it’s great to have found common ground and set a similar priority. Troy Aikman’s wife, Capa, seemed to have made her preference clear before their conjugal and vice versa. That is why the family of six is a beautiful combination of two people madly in love and their kids from previous marriages.

Come to think of it, both Troy and Capa created a perfectly balanced family with gorgeous children. All four Aikman’s kids are either in high school or University and are looking forward to a great future.

Furthermore, judging through Capa Mooty’s Instagram, she seems to share a relatively loving relationship with her stepdaughters. Moreover, we often get to witness the #teamsix on the full family picture.