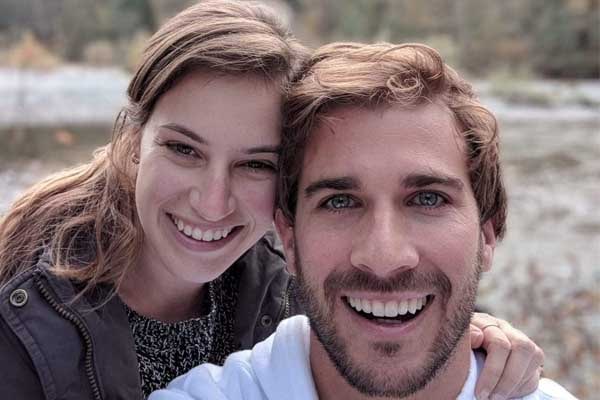 Christopher Ulmer, an American disability-rights advocate, and a sensational YouTuber tied his knot with Alyssa Porter on November 4, 2014. Together, the couple runs a non-profitable fundraising Youtube channel named Special Books by Special Kids.

Chris Ulmer’s wife, Alyssa Porter, holds a Bachelor’s degree in Science from the University of Florida. Whereas, she currently resides as the executive director of SBSK. That said, let’s learn more about the better-half of Chris, Alyssa.

Moving to her work experience, Chris Ulmer’s wife Alyssa Porter assisted Dr.Susan Webb with her research, which focused on insect vectors of plant viruses and the ecological issues they pose in vegetable production. She also worked as an Exhibition Production Intern at Indiana State Museum.

Alyssa then ventured to Indianapolis for graduate school, where she was awarded the Allen Whitehill Clowes Museum Fellowship. After that, she returned to Florida and accepted the position of Curator at the Museum of Science and History, Jacksonville. Whereas now, Alyssa currently works as an executive director in a non-profitable fundraising organization named Special Books by Special Kids.

Special Books by Special Kids is an organization that seeks to normalize the diversity of the human condition under the pillars of respect, honesty, positivity, mindfulness, and collaboration. It was established in 2016, and Chris Ulmer and his wife Alyssa currently host it. SBSK has its website and YouTube Channel with over 2.22 million subscribers.

Plus, the couple has helped many disabled children with their medication by raising funds for them. They have encouraged many people to help such special children as well. On their YouTube channel, Chris shares the story and the feelings of such children. He and his wife are doing such a great job in changing the lives of those disabled children. Let’s hope they continue their beautiful works.

Besides the desire to help others, both Chris and his partner, Alyssa, have many things in common between them. They both love spending time with one another and traveling. The gorgeous Alyssa shares quite a chemistry with her better-half. Both can be seen sharing a bunch of kisses some times. Knowing that they are busy with all their work, it’s a mystery how they manage their marital life. Despite being married to one another for quite a time now, they still share the same love they had when they started dating.

In addition to that, Chris Ulmer’s wife, Alyssa Porter, owns a lovely dog named Noodle. The lovely pair adores the company of their dog; in fact, they take it where ever they go. She is the third member of their family. And yes, the couple has no child together. Well, they are quite busy with helping all these children, the pair might be planning to have one in the near future.