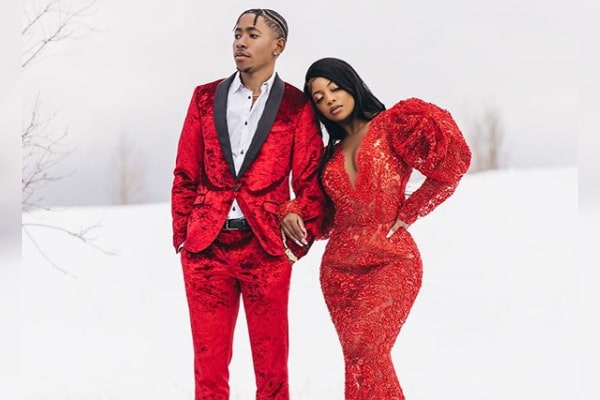 De'arra And Ken's net worth grew along with the success of their YouTube channels. Image Source: Ken's Instagram.

De’arra And Ken are the YouTube sensation based in Atlanta, Georgia. Collectively known as DK4L, the pair became a massive YouTube sensation as vloggers. The couple owns two channels, Vlogs By DK4L and De’arra & Ken 4 Life, with almost 9 million subscribers combined.

The DK4L couple is like the Beyoncé and Jay-Z for their fans, except they do all kinds of weird stuff like filling a giant balloon full of soda and mentos. All the random things and goofing around have made De’arra and Ken entertaining and granted a vast YouTube platform. In case you are obsessed with the DK4L, this article is for you.

Thus, here’s everything about De’arra and Ken’s net worth and their sources of income.

A person prefers to let their success scream at people, and so does the YouTuber couple, De’arra Taylor and Ken Walker. The YouTube sensation has created an entire world through YouTube’s ginormous platform.

Although De’arra and Ken’s net worth is a mystery, it is not a mystery that they have hit significant milestones together since the start of their channel. Furthermore, the owner of two humongous successful YouTube channels, DK4L, garners approximately 9 million subscribers within five years.

Therefore, De’arra and Ken’s primary source of income is YouTube and valuable views. But, they are worth the time as the veteran couple’s goofing around is pure entertainment.

Their enormous influential persona aids De’arra and Ken’s deep pockets on Instagram and other social media platforms. Ken Walker’s fiancee, De’arra, accumulates a whopping number of 4.5 million followers by 2020 on Instagram and is endorsed by several companies. Hence, these endorsements aids in De’arra’s net worth immensely.

Moreover, Walker’s 2.5 million followers on Instagram make him liable for some lucrative endorsements as well. Additionally, De’arra and Ken’s net worth is summed up by the massive paychecks from YouTube and sponsored video.

Besides Ken and De’arra’s earnings from their channel and endorsements, they made enough money from their merch. They sold all kinds of clothing including tee-shirts, sweatshirts from August 2017. However, their official merch announcements are on a long hiatus since late 2017. Anyhoo, DK4L merch also added some bills to Ken and De’arra’s fortune previously.

Planning On Building A Lavish Home

It is pretty huge for a couple in their 20s to own land and build a home. But De’arra and Ken are brave enough to make sensible choices regarding the future.

Moreover, the love-birds explained their new purchase, a massive land at neverland plotting their plans to build a home. Guess De’arra won’t have to struggle with the mask when she and her to-be husband move to their dream home.

Besides owning land, the bougie couple also owned a penthouse and a house they are currently residing in. Well, without a doubt, Ken and De’arra are living a life of extravagance. Blings on Taylor’s neck might speak the volume to people who searches De’arra Taylor’s net worth.

Furthermore, the Taylor-Walker couple is well-off to afford multiple luxurious vacations, including the Maldives, Africa. Needless to mention their romantic bae-cation to Greece and elaborative engagement screams nothing but love and luxury. Furthermore, the couple also owns some tastefully expensive cars, including Tesla.

To have a person to love is the most incredible wealth. But, $$$ are a bonus, and the millionaire couple, De’arra and Ken Walker are the richest to have one another as lovers and fortune worth millions.

Let’s hope the DK4L gang continues to grow to attribute De’arra and Ken’s net worth in the coming days.