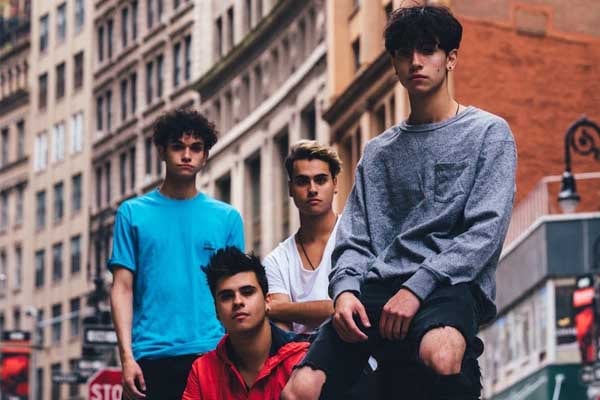 Dobre Brothers, a group of four brothers, Cyrus Dobre, Darius Dobre, Lucas Dobre, and Marcus Dobre, are YouTubers who together run the YouTube channel Dobre Brothers. The Dobre brothers joined the YouTube community on June 5, 2017, and with over 8.5 million subscribers have become YouTube celebrities.

However, Lucas and Marcus were the ones amongst the Dobre brothers who joined forces to dominate the YouTube community first. Together they created their channel, which is named after them, on 19 January 2011. Together the Dobre Brothers’ net worth is estimated at $18 million according to NaiBuzz, but is it actually true? Let’s figure it out and know whether their wealth exceeds your imagination.

With over 8.5 million people subscribing to their channel and about 1.6 billion-plus views on their videos, they have dominated the YouTube community since their first arrival. Moving to their earnings from their Youtube Channel, according to SocialBlade, they earn $13.6K to $217.6K a month and $163.2K to $2.6M a year. Even though the numbers seem a lot, remember it is divided in to for people. The Dobre brothers profit equally with their combined efforts, and they are living examples that together you can do anything and accomplish anything.

In addition to that, they also earn from sponsorships and advertisements. That’s not it, the Dobre brothers also have their own game simply named after them, Dobre Dunk. Their game is available on the apple store and the play store. They must earn a couple of bucks from there too. We can’t say for sure, but looking at the odds, we can conclude that Dobre Brothers’s net worth combined will surely exceed million’s mark.

In addition to that, they have their own website where they sell their merchandise, prices of which are enlisted below:

They not only sell their merchandise on their official website but on Amazon too. They have a wide variety of merch available there like backpacks, T-Shirts and many more.

Now moving on to their musical concerts, if you follow Dobre Brothers on YouTube, then it might not come as a surprise that they are incredibly talented when it comes to singing and dancing. Well, they are sure using their talents to the fullest as they travel around the world organizing events. As addressed above, their tickets don’t come cheap, and with that, they earn a pocket full of cash, which undoubtedly adds to their fortune.

Even though the Dobre brothers are quite successful running their YouTube channel together, for some reason, they have their respective channels too. Maybe they just want to earn some extra cash, it seems so as Lucas and Marcus’s official channel have more than 19 million subscribers and 4.8 billion-plus views. So, you can say they are earning from both of their well-established channels.

To make matters clear, they make $29.3K to $468.3K a month and $351.2K to $5.6M a year alone from Lucas and Marcus’ YouTube channel. Well, that’s not it. Cyrus Dobre and his wife Christina Dobre also have their own YouTube channel, with 2.51 million people subscribing to their channel and 2.7 million-plus views on their videos. They don’t earn much from this channel compared to some of the channels mentioned above, but no one cares if money just flows in your bank account. They make somewhere between $2.7K to $43.4K a month and $32.5K to $520.5K a year, according to Social Blade.

To fans of Dobre brothers, it must not come as a surprise that they have accumulated a whole bunch of money over the past years. They currently reside in their mansion, which they have named the Dobre House. On March 15, 2018, they uploaded a video tour of their new house. Their house is as beautiful and magnificent as it can get. The Dobre brothers refer to this stunning accomplishment as a dream come true.

The Dobre Brothers’ property composes of a Forty Acer land with three houses, two small and a big mansion-like house which they have named the Dobre Headquarters. With a beautiful view to enjoy and lots of lands which they don’t have to share with anybody, that’s a dream come true. One of their small houses is their pool-house, which they use to have lots of fun chilling and partying. Their third house is the one called the East-Wing, they need a transportation vehicle to reach their third house so you can imagine how rich they are. They have an East-Wing and a West-Wing situated on both sides of their primary residence.

Speaking of their car collection, the Dobre brothers uploaded a video on July 27, 2019, where they showed all of their cars. So, let’s get into the details.

The Dobre brothers have a separate channel dedicated to super classy cars named Dobre Cars. Some of the vehicles they own are extremely expensive and hard to maintain, that too indicates how much wealth they have. So to conclude, Dobre Brothers’ net worth composes of their earnings from YouTube, merchandise, music concerts, and obviously their tours & events.