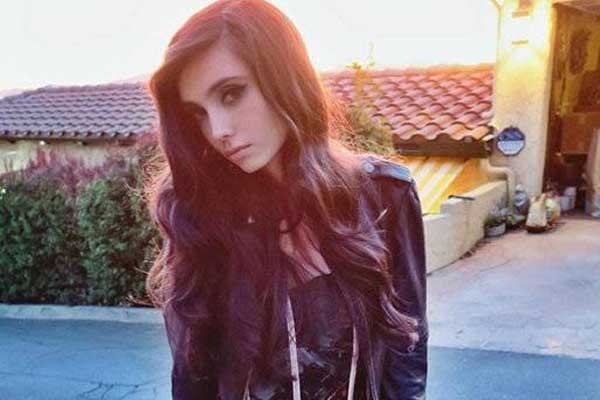 Eugenia is a popular YouTuber and a Live streamer. Image Source: Eugenia's Instagram.

Imagine being a nobody all your life and suddenly when you wake up you are the new topic of gossip. It’s the same case scenario for the YouTuber Eugenia Cooney who gained fame overnight with live streaming. Her appearance shocked her viewers and brought the attention of many companies.

In addition to that, she started being paid for modeling. Not only that, but her popularity grew over time as different media started exploiting her for her looks and eating disorder. Many blamed her mother for her condition and her brothers too. If you didn’t know then well, she has a brother named Chip Cooney who is quite the opposite. He is extremely chubby and some source suggests that he suffers from autism. That said let’s learn more about Eugenia Cooney’s brother Chip Cooney.

Who is Chip Cooney?

Not everyone knows the Youtube sensation Eugenia Cooney has a brother named Chip Cooney. Unlike his sister, Chip is living his life outside the limelight. He is quite opposite to his sister. On one side, we have Eugenia the one with all the attention and on the other hand, we have Chip who is quite a mysterious man. Their appearance is also quite different from one another, Eugenia is thin whereas her brother is quite large to be specific.

As addressed above, Eugenia Cooney’s brother Chip Cooney is quite a mysterious man. He is not very active at the public platform, his sister herself tweeted that her family is not really into social media. There is a rumor of Chip suffering from autism but that rumor is yet to be confirmed.

Also, Chip is an animator by profession. He was part of the 2017 Woodbury University Animation Teams. He was a member of A-Team which consisted of Remington Radcliffe, Chip Cooney, Dani Bowman, Jose Martinez, and Luis Mendivil. Chip is not only an animator but also a fantastic sketch artist.

Moving on to Eugenia, her condition seemed too sever as she was nothing but mere bone. Many said her mother was to be blamed for her condition. But what people say is not always the fact. So, let’s learn more about Eugenia’s condition and her brother’s too.

As mentioned above Eugenia Cooney’s brother Chip Cooney is a person of privacy. Despite having an Instagram account he is not quite active on it. In fact, Chip has kept his Instagram profile private, we can only assume he doesn’t like catching the eye of the public or simply wants to be left alone.

Speaking of Chip and Eugenia’s relationship, the brother-sister duo shares a lovely bond. They have visited many theme parks over the past years. Just by seeing their picture you can tell how much of a lovely brother-sister relationship they share. Eugenia is also really proud when it comes to her little brother, she has shared a lot of drawings of her brother on her social media accounts. We can simply say she is a gorgeous person with a beautiful heart and a lovely family.