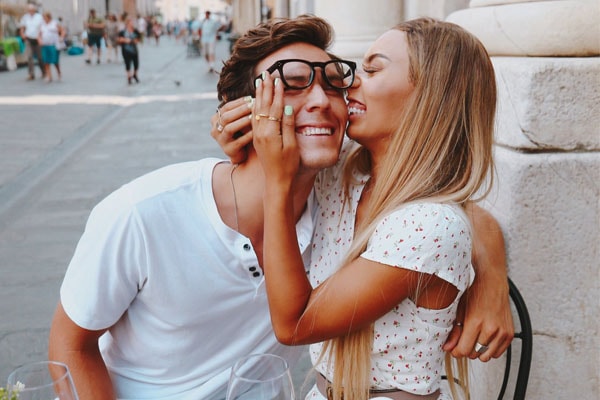 YouTuber Eva Gutowski‘s Boyfriend Adam Bartoshesky is an American Photographer originally from Salisbury, MD. Adam aka Captain Barto founded the company Captain’s Camera as a freelance photographer. He has also worked for clients such as Stab Magazine, Playboy, and Free People.

Eva’s boyfriend Adam Bartoshesky was born on July 1, 1992. He graduated from the University of North Florida in 2015. At a very young age, Adam developed his passion for photography. He used to shoot portraits and stills images. Adam learned his key photography skills through his interest in surfing. He eventually moved to Los Angeles to continue his photography career.

The famous photographer Adam has also worked for the famous model Rocky Barnes as his personal assistant and also managed his social media for BYRD Hairdo Products. He has also earned representation with Ford Models.

Adam Bartoshesky’s girlfriend is Eva Gutowski, who is a YouTube sensation. She is known for her channel Mylifeaseva where she posts videos about all things relating to beauty. Her fashion and beauty tutorials are very catchy and specially targeted for her viewers. As of 2019, her YouTube channel has reached over 10 million subscribers.

The couple started dating back in 2016. Adam and his girlfriend were living happily together until January 2018. The pair stated that they were no longer in love but neither of them flat out said the phrase “we broke up.”

Adam posted a photo that might feature breakup with a lengthy caption that went all into how two people can be perfect for each other, but that life and timing can get in the way.

Whereas, Eva’s tweeted about the matter were singing a bit of a different tune. She was talking about being unable to receive unconditional love back from someone, as well as how certain people are quitters.

However, the lovers Adam Bartoshesky and Eva Gutowski did not stay away a long time from each other and got back together in April 2018 while they were on the trip to Coachella. Eva and Adam clicked many pictures of them and also posted snuggly photos on each other’s social media account. They frequently appear on each other’s account and once Adam shared a photo of him with his girlfriend Eva with a caption, “We’re better together.”

Before Adam, Eva dated Andrew Kingsbury and Alex Hayes and she had also taken her ex-boyfriend Andrew to Thailand on his 22nd birthday. However, Adam Bartoshesky’s past relationships hasn’t been revealed yet.

Look At YouTuber Adam McIntyre’s Net Worth, Merch, And See If He Has A Girlfriend