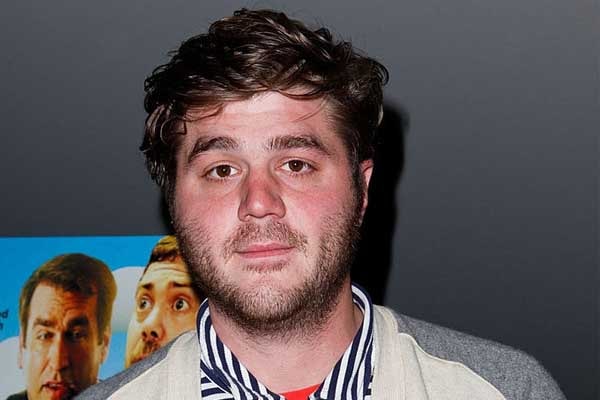 Born on March 19, 1985, James Pumphrey is a well-known actor, writer, comedian, and YouTuber who joined the Donut Media in January of 2016. He currently holds the position of head writer and editor in chief at the Donut Media.

Way before James had a career as a YouTuber, he was a comedian performing with UCB Comedy in LA. He also started producing The Midnight Show every month and introduced a talk show called Den of Thieves on POP T. James has struggled hard before hitting it big with Donut Media. So, let’s get to know some quick facts about him.

James Pumphrey’s hardcore fans must have already known that he is a comedian. He has appeared on many popular Tv shows, some of which are, How I Met Your Mother, Arrested Development, Key & Peele, and 2 Broke Girls. Not only that, but James can also be spotted on the big screen, some of his movie credits include Matt Walsh’s Highroad, Awful Nice, Fun Size, and many more.

James Pumphrey is not only known for his acting skills but for his writing too. His writing credits include Loiter Squad, D.I.R.T. Comedy, and Bad Grandpa. James is currently making use of his writing skills at the Donut Media. Speaking of Donut Media, it’s all about cars, and oh boy, James is so in love with them.

It must not come as a surprise that James Pumphrey is fond of cars. He loves talking about cars, from JDM diehards to American muscle car enthusiasts and everything in between. Whether it is the Skyline GT-R, the Dodge Challenger, VW GTI, BMW M3, WRX STi, 4Runner, Miata, or Supra, he knows what he is talking about.

Not only speaking about cars, but also testing, racing, building, and modifying cars, James just has a thing for them. He currently hosts Bumper 2 Bumper, WHEELHOUSE, Up To Speed at the Donut Media. He has become a fan favorite with his comic timing and funny expressions. Everyone’s familiar with his work life, and crazy affection towards cars, but only little of us know about his love life. So, let’s get to know who is the one and only love of his life.

James Pumphrey is currently in a relationship with Kasey Edwards. The lovely couple has a wonderful thing going on between them. They love spending time with one another, holding hands staring at each other’s eyes is something they enjoy doing. Apart from enjoying one another’s company, the pair also love hanging out with their fellow mates. Sitting around, having a couple of drinks, and chatting is something they adore.

Talking about James Pumphrey’s girlfriend, Kasey Edwards, she is a fun-loving jolly person who adores dogs. In fact, she has five of them whom she has named Rascal, Peaches, Cheyenne, Jook, and Martin.

On November 2, 2019, James posted a picture of him recovering from his surgery. The YouTuber/car geek explained that he was feeling a weird pain in his neck and shoulders a week before. His condition worsens as severe discomfort had spread to his jaw and right arm. So, he drove himself to the ER, but things got a bit out of hand as the doctor told him he was having a heart attack for the past 12 hours.

Within a few hours, James was in the lab, and the doctors were running a tube from his right wrist through an artery all the way to his heart. It turned out that he had another heart attack about six months ago, and two of the three arteries that feed his heart had 100% blockage. The doctors were able to clear one artery and added a stint to keep it open, whereas another artery was rock hard, but his body had grown collateral vessels to feed itself, so his body was getting sufficient blood flow.

James further said that he had awful genetics when it came to his heart. His father also died cause of a heart attack at the age of 48, and his sister Mary Pumphrey too, had a similar experience before she was 30.

After a near-death experience, James saw it as a second chance to change his lifestyle. The main problem with him was his habit of eating junk food and smoking. He said he had been eating a whole lot of unhealthy food and was smoking for nearly 15 years. In the end, he promised to change his lifestyle and thanked all of the doctors, nurses, and technologists at UCLA medical center for saving his life.