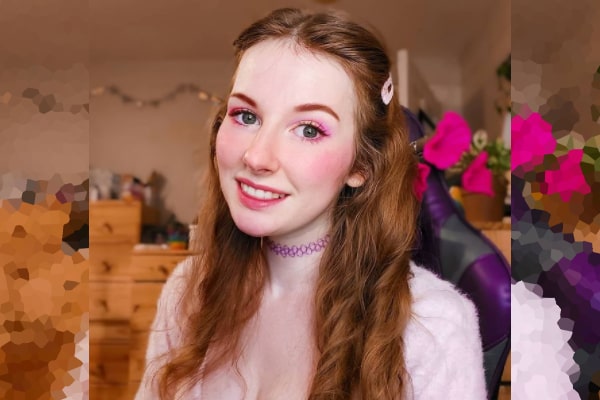 YouTuber Pastel Belle has been primarily making videos relating to mental health, commentary, and equality. She also uploads vlogs and has a separate gaming channel as well. Thus, here are a few fun facts about Pastel Belle. Also, stick until the end to find out if she helped expose a few child predators.

Aforementioned, YouTuber Pastel Belle is an emerging content creator on YouTube. She has been actively making videos on her channel Pastel Belle since 2017. She initially uploaded daily vlogs but changed her niche into commentary and talked about progressive mental health and sexuality.

Belle has accumulated 43.1K subscribers within few years. Likewise, her channel engagement is pretty good, and her YouTube family continues to grow every day. Some of Belle’s channel’s most popular videos are Interview with Dahvie Vanity Survivor, Eugenia Cooney’s Toxic Impacts On Her Fans, and many more.

Along with YouTube, Belle’s social media growth is also steady. She has amassed over three thousand followers on Instagram and shares several selfies and aesthetically-pleasing photographs.

Besides commentary videos, Pastel Belle exposed a few child predators. She had a victim, KUMORI talking about being groomed at a very young age on her channel.

KUMORI Talked About Being Groomed Via Pastel Belle’s Channel

Aforementioned, YouTuber Pastel Belle used her channel to expose child predators. In August 2020, Pastel stirred the YouTube community after uploading a video of KUMORI opening up about being ‘groomed’ at age 12.

As a disclaimer, Belle revealed that KUMORI reached out to her in the middle of the Dahvie Vanity Investigation. She further wrote that Kumori wanted to talk about being groomed’ by a couple of prominent YouTubers when she was a teenager.

Exposing more predators. This time “creepypasta” youtubers with huge audiences. Thank you Kumori for having the courage to speak out about your experience.https://t.co/IWYyFH2mWl

KUMORI revealed that she came across a channel named CreepsMcPasta and got intrigued by his voices. Thus, she decided to reach out and started talking. She also noted that Crease Mcasta was 21, and she was only 12.

KUMORI and CMP’s friendship turned into a romantic relationship which later turned sexual. Eventually, she added that she shared an adult picture at some point. Later on, KUMORI’s father came to know about her relationship with CMP and cut off her internet access.

However, she continued to be in contact with CreepsMcPasta. KUMORI also accused CreepyPastaJr as a gore fetishist. She revealed the CPJ fantasized about her being run over by the car. At the time, KUMORI thought it was just some weird fetish he had, but upon recalling, she cannot help but feel uncomfortable.

Pastel clarified that she spoke to FBI agents who were working on the Dahvie investigation about KUMORI. Well, Pastel made headlines after the video came out and also gained quite a few subscribers.

Pastel Belle’s Net Worth And Earnings

Aforementioned, Pastel Belle is an emerging personality in the YouTube world, especially the commentary community. She gained over 41K subscribers on her channel within a few years of indulgences. Therefore, Pastel Belle’s net worth must be of a grand amount.

Besides, Belle’s YouTube supporters can also make donations of few dollars to receive benefits. Well, with such riveting content on her channel, there is no doubt that Pastel Belle will be a household name in the coming days.