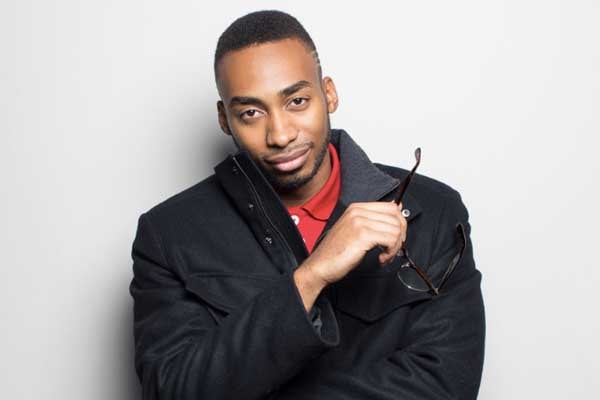 Born on September 16, 1988, Richard Williams, aka Prince Ea, is an American musician/rapper turn spoken word artist, motivational speaker, and YouTuber. He joined the YouTube community on July 12, 2006, and since has been able to amass more than 5.44 million subscribers on his YouTube channel.

According to Prince Ea, his YouTube channel’s purpose is to make people laugh, cry, think, and love with the ultimate goal to evolve. And he is doing so not only through his YouTube channel but also with the help of social media and public platforms. He is an inspirational speaker who has helped change many lives. So, here are five facts about Prince Ea, which you might not know.

Prince Ea graduated from the University of Missouri-Saint Louis with a Bachelor’s degree in Anthropology. Then Richard went on and became the founder of Make Smart Cool LLC in January of 2011. SMART, Sophisticating Minds And Revolutionizing Thought was a movement dedicated to educating and sophisticating leaders. They promote intelligence to everyone, everywhere, and integrate it with hip-hop.

Prince Ea has also worked with the likes of OWN: The Oprah Winfrey Network, Forbes, and SUCCESS Magazine. Whereas he is currently busy running his own YouTube channel.

Prince Ea joined the YouTube community on July 12, 2006. He started off with rap videos and gradually started making inspiring videos with the passing of time. With over 5.44 million people subscribing to his channel, and more than 306K million views on his videos, he must surely have made a handsome amount of money.

According to SocialBlade, Prince Ea makes somewhere between $1.3K to $21.3K a month and $16K to $255.3K a year. Whereas on average, he earns from $44 to $709. The earnings from his YouTube must surely add to Prince Ea’s net worth. So, let’s get to know how much is his fortune actually.

Prince Ea Net Worth And Earnings

As we have already pointed out that Richard, aka Prince Ea, has worked for the likes of Forbes and SUCCESS Magazine. So, it’s obvious that he must have earned a fair amount of money working there. Not only that, but he is also a motivational speaker and has spoken in multiple platforms though he seems to not charge for his service, though at times, he must surely get his fair share of the cash.

Furthermore, at the time being, Prince Ea’s primary source of money seems to be his YouTube channel. Plus, he also has his own website where he shares his experience of speaking and helps people, especially students, to overcome their mental state of unhappiness. He also runs a Prince Ea’s Daily Life Lessons on his website, which is basically a morning motivation text club. Hence we can conclude that Prince Ea’s net worth must be of thousands of dollars and no less seeing his popularity and fandom.

Prince Ea’s Music Career and Why He Left It

Prince Ea was born into a family of three and was the youngest. He spent his whole life in St. Louis, Missouri, and started developing interest in music. Later, he began working under the stage name Prince Ea after he graduated from the University of Missouri–St. Louis. He started making music with the ambitions of gaining respect, being named the best rapper of all time, and performing in front of thousands of fans. But all he got was suffering and unhappiness, Richard blames it all to his selfish nature.

Prince Ea’s suffering and unhappiness were so much that he stopped making music and decided that he simply wanted to be happy. It was then he began to read ancient and modern texts on spirituality. Prince became enthralled in everything from the Bhagavad Gita to the Tao te Ching. Through literature and introspection, he realized that doing will never make him happy, it is only in being where happiness and peace arises. He wanted to reach every single heart on the planet to show them that at our core, we are Love, we are free, and we are one.

Because of that internal pivot, his work has reached the hearts, minds, and souls of millions of people worldwide. By producing creative, inspirational, and thought-provoking content, he has accumulated over a billion views on Facebook alone and even more on YouTube.

Every one addresses him by his stage name Prince Ea, but how many of us actually know the true meaning behind that name. Being the man, he is always trying to motivate others through his videos and inspirational speeches and his name must surely have a deep meaning behind it. And yes it does, his name literally means, The Prince of the Earth in Sumerian mythology.

Hence to conclude, we just want to thank him for his contribution to our society. As he has made us cry, laugh, taught us to love, and, most importantly, taught us the true value of life with the help of the public platforms. Also, we would like to wish him for the upcoming future.

So, that’s it, there you have five facts about Richard Williams, aka Prince Ea. I hope you enjoyed it.