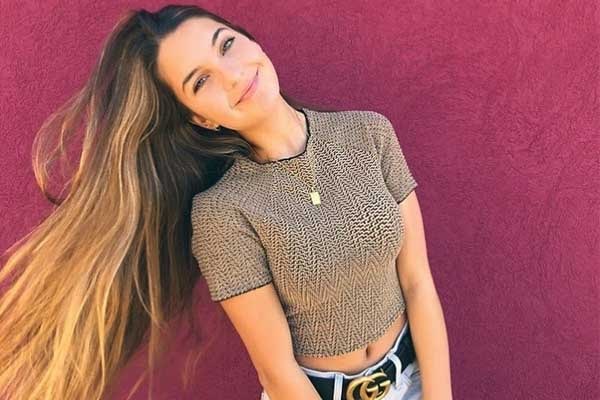 Born on June 7, 2001, Alexa Rivera aka Lexi, Rivera is a popular YouTuber who joined the YouTube community on August 20, 2010.  Within the span of ten years, she has been able to accumulate over 3 million subscribers on her YouTube channel.

Alexa Rivera is a multi-talented person, and she is not only a YouTuber but also an actress and gymnast. She has worked hard to reach where she is right now. All the decisions she has made, either good or bad, made her the person she is today. So, let’s learn five new facts about the gorgeous and talented 18-year-old Alexa Rivera.

A Former Gymnast And An Actress

As a kid, Alexa was really into gymnastics and had become an elite level gymnast. While she was in school, she used to participate in competitions and once had secured the top spot during an inter-school competition. Even today, you can see her showcasing her flexibility by taking yoga or fitness challenges.

Speaking of her acting career, Alexa Rivera acted in the YouTube series Brobot which also starred her brother and boyfriend. Apart from that, she has also played the part of Max for a total of 9 episodes in the series, which premiered on the Brat TV.

It must come as a surprise that Lexi was famous even before she began her YouTuber career. She actually started her own social media career in 2016 after her older brother Brent Rivera gaining social media fame. Speaking of her YouTube career, Lexi has gained a considerable fan following over the past decade.

Alexa Rivera owns not one but two YouTube channels, both named after her. However, Alexa Rivera is by far her most popular channel with 3 million subscribers and 325K million-plus views. Her vlogs are rather exciting and fun to watch, maybe that’s why she is so popular.

Speaking of Alexa Rivera’s boyfriend, his name is Ben Azelart. He is also a YouTuber with over 2.8 million subscribers. The couple has collaborated multiple times and also has proven that together they can do anything. Every time we see the lovely couple, they reflect such good vibes that we as fans are left wondering whether the two are in love or just acting it out. But the answer to that question is, yes, they are indeed in love and have been since their high school days.

The couple adores each other’s company and love messing with one another from time to time. Their cute feuds are something fans have come back to watch time and again. Vlogging together is always fun when you have such a funny guy as your partner. The two love birds are fond of traveling and meeting new people. Together they have traveled to a lot of new places and made a lot of friends where ever they go.

Alexa Rivera’s net worth consists of all of her earnings from her YouTube channels, merchandise, sponsorships, and advertisements. She has made her dream come true with hard work and determination. She makes nearly $9K to $143.6K a month and $107.7K to $1.7M from her YouTube channel, according to Social Blade. That’s not it; she also earns a hefty load of cash from selling her merchandise.

Plus, with over  5 million followers on her Instagram account and another 5.8 million subscribers on her TikTok page, she must surely get a considerable amount of paycheque from the advertisement company. With all that money flowing in, she surely lives a comfortable life.

As many of you must have already known, Alexa Rivera is the younger sister of Brent Rivera, who is a well-known YouTube personality. He was the one supporting his sister, helping her while she was still growing on YouTube. So, yes, you can say he is a really caring brother, and the brother-sister duo shares a lovely relationship.

Speaking of Alexa’s brother’s YouTube channel, it was created on August 1, 2009, and with 11.4 million-plus people subscribed to his channel and 1.89 billion views, he is dominating his genre.