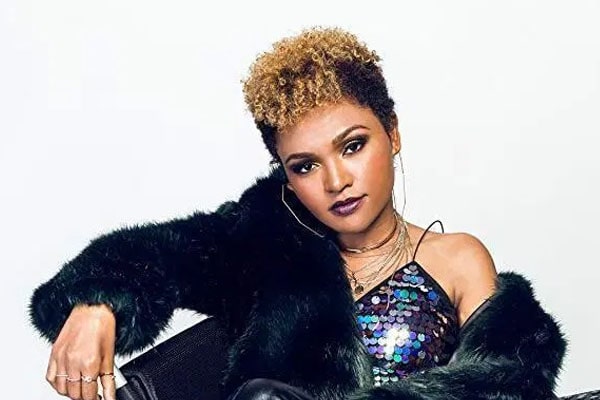 The gorgeous YouTuber, Lauren ‘Lolo’ Spencer, is a disable lifestyle influencer. She has been a part of the YouTube platform since July 14, 2015, and gathered about 12.1K subscribers and 350,367 views on her videos. Sitting Pretty Lolo is pretty active in posting her content on YouTube, Instagram, Twitter, and Facebook. With the positiveness she carries, her influence has attracted a growing audience and excellent opportunities.

Lauren has established herself as an inspiration for all the people suffering from the same disease as her. From the base as YouTuber, Lauren has added a few achievements in her portfolio. Here are the five facts you must know about the YouTuber Sitting Pretty Lolo.

Lauren ‘Lolo’ Spencer started a YouTube channel on July 14, 2015, under the moniker ‘Sitting Pretty Lolo.’ She makes lifestyle videos targeting the people with disabilities, from dating, disability fashion tutorials to everyday challenges dealing with society. Her tips are beneficial for people as they are realistic and practical. She always shares her stories and inspires to be strong and empowered. Because of the positive energy she possesses, her channel has been growing steadily.

Lauren talks about her disability, her disease as the main topic in every video. However, despite being diagnosed with such condition, Lauren has always been cheerful and inspiring. The condition she has, ALS, isn’t worthy enough to stop her from dreaming.

YouTuber Sitting Pretty Lolo has repeatedly mentioned in her video about her diagonalization. Lauren was just 14-year-old when she got diagnosed with ALS. Amyotrophic Lateral Sclerosis (ALS) is also known as motor neuron disease (MND) or Lou Gehrig’s disease. This disease causes the death of neurons that control the voluntary muscles. She used leg braces for movement in her high school days and later relied on a wheelchair for more reliable means in her college days.

Lauren struggled a lot with what people said about her; she grew up building her self-esteem and now stands up to be one of the inspirational influencers out there.

With the gaining popularity, YouTuber Sitting Pretty Lolo landed on her first movie role. She appeared on the critically acclaimed film, ‘Give Me Liberty’  portraying as Tracy Holmes. Her movie was well received and achieved ten minutes of a standing ovation at the Cannes Film Festival 2019.

Lauren astonied every one with her acting skill despite having no experience beforehand. Her performance was listed as one of the best performances in the Sundance Film Festival 2019. We hope to see more of her acting skills on how she adapts the characters as her persona.

4) Does Modelling For High-End Brands

Lauren Spencer does model for Tommy Hilfiger Adaptive, Zappos Adaptive, and other brands that create adaptive clothing and support people with disabilities. She struts the photoshoots with confidence and shows her personality in other people’s designs as well.

It’s an honor to represent as a black woman with a disability for the LEGENDARY collection #TommyxZendaya. For @tommyhilfiger @zendaya and @luxurylaw to have adaptive pieces shows they see people with disabilities as FASHION customers! #TommyAdaptive #TommyxZendaya #TommyHilfiger pic.twitter.com/gDLywJBtMW

Lauren is always trying to show the good parts of her life, the challenges unique to a disabled person, and everything else in between. She is the strongest person with a bright mentality.

The bubbly Lauren is one of the loveliest storytellers out there on the social media platform. Not only is she grounded to her roots, but she also spreads awareness. She has appeared on multiple magazines, radio, and television interviews where she shares her insights and ends up making everyone awe in her sincerity and intelligence.

We hope to keep on seeing the happy, positive, and inspiring Lauren Lolo Spencer.