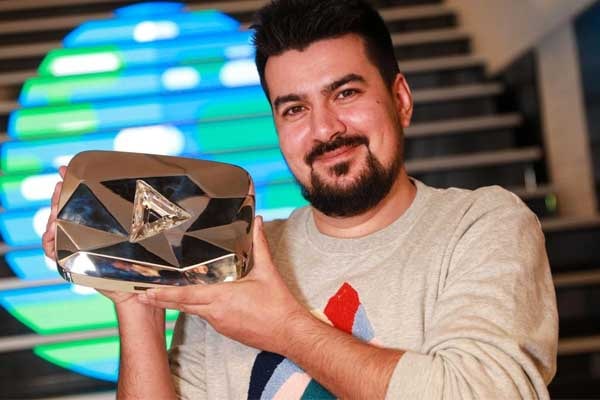 Philipp Dettmer is the mind behind Kurzgesagt – In a Nutshell. Image Source: Pinterest.

Do you know Philipp Dettmer is the man behind the YouTube Channel Kurzgesagt – In a Nutshell? He is originally from Munich, Bavaria, Germany. He created his YouTube channel on July 10, 2013, and to date, more than 11 million people have already subscribed to his channel.

Speaking of Kurzgesagt – In a Nutshell, it is a Munich-based YouTube channel and design studio with a unique perspective on design, color, and storytelling. They engage in information design projects of all kinds but are best known for their distinctive animation videos. That said, here are five quick facts regarding the YouTube Channel Kurzgesagt – In a Nutshell, and the mind behind it, Philipp Dettmer.

Philipp Dettmer, The Mind Behind Kurzgesagt – In a Nutshell

Many people don’t know, but Kurzgesagt – In a Nutshell, is not only run by Philipp Dettmer. He is the Founder/CEO, and in the beginning, he used to do everything all by himself. But now Philipp leads a team of over 30 permanent employees who are responsible for running the channel together.

Speaking of Philipp Dettmer, he graduated from Munich University of Applied Science with a Bachelor’s in Arts degree. Then he studied history and communication design. Soon his focus quickly fell on infographics, information design, and storytelling. Inspired by the explosion of knowledge and explanation videos on YouTube at the time, Philipp himself decided to spread his wide knowledge with the help of videos. So, on July 10, 2013, Philipp started his own YouTube Channel.

As we have already mentioned that Philipp started his YouTube in 2013, and to date, with over 11.1 million subscribers, he has become one of the biggest YouTube channels in Germany. Plus, more than 891 million people have already watched his videos so, it’s obvious that he and his team must have surely earned a handsome amount of money from YouTube.

According to SocialBlade, Kurzgesagt – In a Nutshell, channel earns somewhere from $8.5K to $136.8K a month and $102.6K to $1.6M a year whereas on an average day they make $285 to $4.6K. Plus, the channel has it’s own Patreon account where if you’re interested, you can support them financially. They have a lot of types of membership available for their fans ranging from $2 to $150. If you are interested, then you can visit their Patreon profile.

It’s obvious that Kurzgesagt – In a Nutshell is quite active on social media knowing their popularity. They are active on Instagram, Twitter, and Reddit. On Instagram, they have about 193K followers, whereas they have got more than 253.6K followers on Twitter as of now

The Kurzgesagt – In a Nutshell’s team regularly updates us regarding their upcoming videos on their social media page. Plus, they also share crucial information regarding their channel and their merchandise. Also, it’s fun to see their new concept of art, which they post on a regular basis on their Instagram.

Kurzgesagt – In A Nutshell’s Merchandise

Like all popular YouTube channels, Kurzgesagt – In a Nutshell also have their own line of merchandise. They have merch available for all age groups and provide socks to hoodies, posters to journals. So, here are some of their merch, and it’s prices:

Furthermore, if you happen to be a fan of Kurzgesagt – In a Nutshell, and were wondering where to find their merch, then look no further. You can directly go to their official website and purchase any merch you like. But, hurry up ‘coz some of their merch have already sold out.

Two Of Their Most Controversial Videos

Kurzgesagt – In a Nutshell, themself have admitted that the two of their most controversial videos were the Refugee Crisis and Addiction videos. However, they are also amongst their most viewed and liked videos of all time. They believe that their video based around the Refugee Crisis was toxic and insulting to many people. While the  Addiction video was based only on one source, which has amassed particular criticism over the biased nature of where the evidence was taken from.

Furthermore, Kurzgesagt’s team did not fact check with researchers, scientists, or professionals in the field while making those videos. The video claimed that Addiction was entirely psychological and based on the individuals’ mental health. While many people agree with it, that’s not the complete truth. The Kurzgesagt – In a Nutshell’s team, dislike the fact that so many people loved both videos, so in early March of 2019, they decided to cut all connections and association with the videos.

So, that was five facts about Kurzgesagt – In a Nutshell hope you enjoyed it.