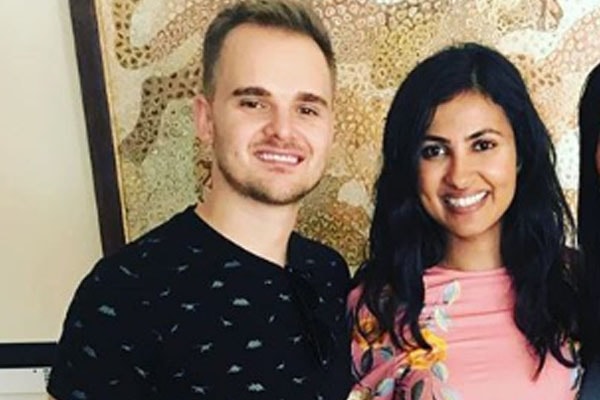 The Indo-American YouTuber and singer, Vidya Vox is in a relationship with her longtime friend, Shankar Tucker. Shankar is an American music composer and clarinetist. He is mostly known for his YouTube music channel The ShrutiBox.

The couple is still dating and has not parted their ways yet at the moment.

Vidya had first met Shankar at the very beginning of her career when she was pursuing her studies in college. It is claimed that it is their professional association, which resulted in Shankar roping her for his musical projects. Soon, it eventually blossomed into a romantic relationship.

However, neither of the two has publicly announced that they are in a relationship, but the pictures of them together that are often posted on her social account certainly clarifies that they are not just good friends.

The allegedly romantic duo often collaborates in each other’s videos and seems strongly bonded with each other. The couple isn’t married, and the rumor is that they live together.

Vidya And Shankar Are Connected With Each Other Through Music

Vidya is a fabulous singer and Shankar is her music composer. The pair is not only romantically involved in each other’s life but are helping hands in one another’s musical career.

Vidya has a musical taste of a mix of Western pop, electronic dance music, and Indian classical music. Her YouTube channel goes by her very name and the channel has received 6 million subscribers as of August 2019. Her mashup of Be Free has reached 135 million views on YouTube.

Vidya Vox’s boyfriend Shankar has pursued a Bachelor of Classical Performance, Classical Music. Tucker has toured performing with hymn Bhajan over 12 major cities across the United States in 2009. During the very tour, Shankar also released his first recorded album of fusion composition Uplift.

Moreover, Shankar Tucker and his girlfriend Vidya Vox co-founded the ShrutiBox Music, Inc which is the title of an ongoing series of internet music videos which is directed by him.

Let’s see if the couple will take their relationship further or not now.