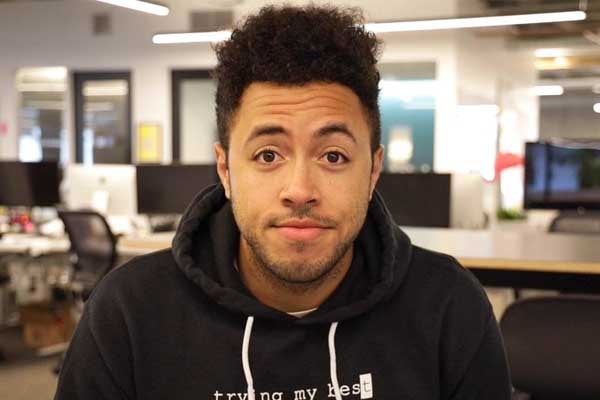 Jarvis Johnson is a popular YouTuber and the host of SAD BOYZ. Image Source: Jarvis' YouTube.

Born on May 5, 1992, Jarvis Johnson is a popular YouTuber who joined the YouTube community on October 11, 2006. Within the span of two years, Jarvis has been able to make a name for himself and in the process has earned a decent amount of money.

Jarvis gained massive popularity for his personal blogging about life as a software engineer alongside with some comedy/entertaining videos. Well, he has acquired a total of eighty million-plus views on his YouTube channel, from which he must have amassed a fair amount of money. Jarvis Johnson’s net worth comprises mostly of his income from YouTube and is living a comfortable life.

Speaking of his YouTube videos, they are enjoyable and entertaining to watch. He has uploaded tons of videos that people can relate to, some of which are Trying 5-minute Craft’s Awful Life Hacks, The Worst Animated Stories On YouTube, and so on. He loves talking about the more practical side of things and presents them in a comedic way so that people who are watching can enjoy without being offended.

Other Sources Of Earning

Like many YouTubers, Jarvis also has his line of merchandise that he sells. He has his own line of Hoodies, T-Shirts, and Hats with his signature slogan Trying My Best. Jarvis has both limited edition and premium edition available for his fans and the costs of which are enlisted below.

Furthermore, Jarvis not only earns from his merch and Youtube videos but also from the sponsors. Also, before he became a permanent member of the YouTube community, he had worked for the likes of Yelp, Patreon, and Google.

SAD BOYZ is a show hosted by Jordan Adika and Jarvis, where they take a look at the uncomfortable realities in a funny, biting, and emotionally-distressing way. They were first introduced at an event in early 2016. Ever since their first meeting, Jordan and Jarvis developed a weird kinship that doesn’t quite make sense to anyone but also makes sense to everyone.

Their podcast is a look into the framework of the society that promotes the suppression of male feelings, their social awkwardness, and love for comedy. They also impersonate Jerry Seinfeld despite having never actually watched his show.