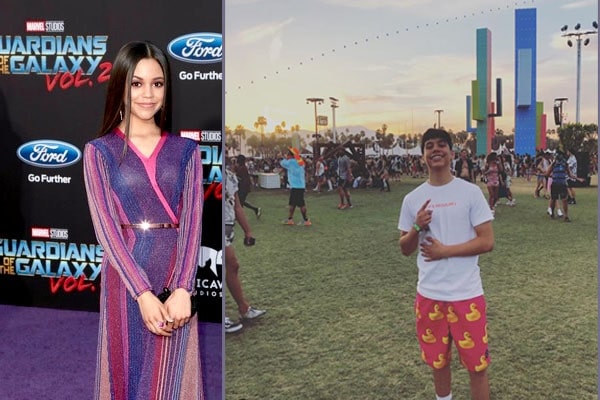 Jenna Ortega‘s brother Markus Ortega was born on July 23, 2004. Markus has a twin sister named Aaliyah Ortega. His other siblings are sisters Mariah Ortega, Mia Ortega, and a brother Issac Ortega. As for his sister Jenna she is a well-known actress.

Talking about Markus Ortega, he has his own YouTube channel, and he is also a well-known face when it comes to Instagram. But he has not posted any videos on his Youtube channel nor his Instagram account. Maybe he is just focusing on his studies. So, let’s see how much we know about Jenna’s sibling Markus.

Lovely Bonding Between the Siblings

Markus Ortega lives with his parents and his siblings. He shares a beautiful relationship with his sisters, and they are often seen spending their time in beaches, parks having fun, chilling, and enjoying their childhood. Furthermore, Markus’ sisters Jenna and Aaliyah share his pictures showing their love and affection.

Markus Ortega’s sister Aaliyah never forgets to wish him a happy birthday, how will she, they are twins. Nonetheless, there are many photos of him and his siblings that show how much of a good brother he is. He really supports his sisters; however, they can be seen goofing around doing what siblings do the best, annoying each other.

Despite growing up with many siblings, we see no dispute among the brothers and sisters. The pictures they upload show how close they are with one another. Spending time with one another swimming, dressing up as superheroes, sharing milkshakes, they do what any normal kids would do, which is really adorable. Also, his childhood pictures with his sisters are far too adorable and cute.

Markus Ortega also likes to hang out with his fellow school mates. There are pictures supporting that they often go to see the matches and share a couple of drinks. On the other hand, his Youtube channel shows a funnier side of him. He likes performing challenges. And in fact, he has uploaded videos of him doing several tasks like gum challenge, onion challenge alongside his sisters.

Markus Ortega’s sister Jenna Ortega is an actress known for her Disney show Stuck in the Middle. She has also voiced the Disney princess Isabel and earned herself a Disney princess title. As for now, she is busy filming her upcoming movies The Babysitter 2, Yes Day, which is said to be released in 2020.

Nonetheless, she takes breaks from her acting career to spend some quality time with her family. Jenna grew up with her brother Markus and sister Aaliyah, so it’s no surprise that they share lovely chemistry. There are far too many pictures of them growing up that show how much of a lovely relation she shares with her little siblings.