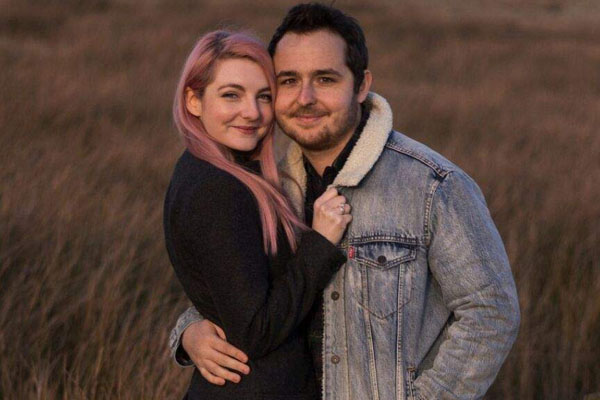 Yes, the Youtuber pair of Elizabeth Dwyer aka LDShadowLady and Joel aka SmallishBeans are still together. The pair got married after being in a relationship for 6 long years.

Lizzie is a popular YouTube personality, who is famous for uploading Minecraft videos along with her husband. Joel is also a gamer and has a YouTube Channel ‘SmallishBeans’ which has now over 1.5 million subscribers.

How It All Began For LDShadowLady and SmallishBeans

The social media star LDShadowLady is currently married to her better half SmallishBeans who is also a YouTuber. The love relationship started in September 2012, when Lizzie went for an event show ‘GameFest’ and that was where she met her now-husband, Joel. It did not take long for the pair to fall in love with each other just after meeting for the first time.

As Lizzie’s husband Joel was also one of the performers at the event, she was really impressed with his amazing dancing skills and found him to be cute.

The Minecraft playing pair are often seen in each other’s YouTube channel playing Minecraft game and making reaction videos on memes, and personal life. Also, they are often seen posting photos on Instagram of them traveling together.

At one moment, the pair got separated as Lizzie’s partner Joel was in a relationship with another woman. However, the couple could not be separated from each other’s life.  After being in a relationship for five years as boyfriend and girlfriend, in November 2017, Joel proposed her again. Plus, they even shared the happy news via Lizzie’s twitter.

The Martial life of LDShadowLady and SmallishBeans

Lizzie and her husband Joel have been together since 2014 and they finally got married on 11th May 2019. The beautiful Lizzie was very happy to share the wedding video on her YouTube Channel. The marriage was at the wedding chapel decorated with full of lights, gifts, and cake. Also, they took tons of group photos with colleagues and parents.

The lovely couple was also seen dancing with each other holding hands. The duo was perfectly dressed and are still a perfect match for one another. However, the pair don’t have any children yet.