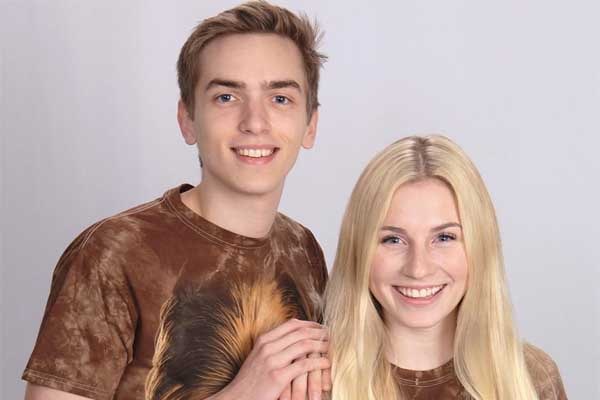 Born on October 26th, 1993, Drew Gooden is an American comedian and filmmaker. He is best known for his vines, comedic sketches, and late commentary videos on YouTube. Drew joined the YouTube community on August 21st, 2015, and since has become a YouTube sensation with over 2.05 million people subscribed to his channel.

Speaking of his love life, Drew is currently married to his longtime girlfriend, Amanda Murphy. The couple exchanged their vows on March 13th, 2019. We all know how funny Drew as a commentator is but how many of us actually know him personally. Today, let’s get to know his love life.

How Drew Met His Better-Half?

When you are in the show business, things are bound to happen. A similar case happened to Drew when a girl commented on one of his vines. She was none other than the one and only Amanda Murphy. She commented that Drew looked so cute in his vines and that was the starting point of something great, something extraordinary. Soon Drew and his future beau started chatting and, in an instant, made a connection. After a while, they decided it’s time they should meet and so they did.

Last April a girl commented on one of my vines. She lived 2000 miles away. Now we are engaged & live in the same house. All because of @vine pic.twitter.com/jnUpvStCQB

Skipping a month, the lovely couple started seeing each other often and were confident that they wanted to spend the rest of their lives together. On August 1st, 2016, nearly three months after meeting one another, Drew proposed his now wife Amanda, and the two got engaged. Now they are living a comfortable life enjoying each other’s company.

There is not one bit of a doubt that Drew Gooden’s wife, Amanda Murphy, is gorgeous. Drew himself has admitted that he is fortunate that he has got such a lovely and magnificent woman beside him. He cherishes every moment he spends with her. The two started dating in 2016, and after seeing each other for a couple of months, they moved in together. On March 13th, 2019, the two love birds finally exchanged their vows.

It has been a while since the couple tied their knot, but yet their relationship seems so pure and their love so passionate. Drew can’t even spend a day without seeing his lovely wife. Not only that, his incredibly talented partner has been featured numerous times on his YouTube channel. He says that it’s extremely easy to make vines with such a talented actress while referring to his wife. Drew and his beau have come so far from being complete strangers to one another to become the best of friends to a married couple.

How Is Their Relationship?

To fans of Drew, it must come as no surprise that he and his better-half Amanda are quite a lovely couple. They spend time together, enjoying a little walk or just chilling all by themselves. The pair also have traveled to different locations, mostly romantic ones where they were seen sharing a kiss or two.

More about their relationship, they are just a great couple who love doing things together. Whether it’s something fun or something boring, Drew Gooden’s wife Amanda Murphy is always ready to back her beloved husband up. Furthermore, many fans want the loving couple to have kids of their own soon.