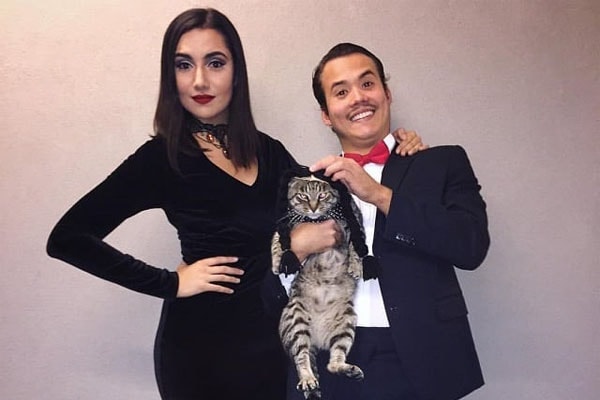 Safiya Nygaard and Tyler Williams‘ couple is very much into each other and is enjoying their love life. It has been well past four years since they first dated each other in 2015. When Safiya and Tyler are together, they like to spend their time doing something crazy and exciting.

Both Safiya Nygaard and her boyfriend, Tyler Williams, are famous YouTubers. On the one hand, Safiya is a fashion and beauty-stylist YouTube celebrity. On the other hand, Tyler is a vlogger who posts interesting videos of traveling and touring.

The Beginning Of Safiya Nygaard And Tyler Williams’ Love-life

Before their YouTubing careers, the duo met each other at Stanford University. But Tyler was two years senior to Safiya, and they were rather like strangers before. Surprisingly, the couple re-met during Safiya’s first night out in Los Angeles after a couple of years.

Slowly and steadily, Safiya and Tyler started to see each other more often. Perhaps the couple went on to many dates to get to know more about each other. The progress in their relationship was observed when Sofiya and Tyler went to Disneyland to spend less of vacation and more of holidays.

Within a week, the couple had their very first kiss during a dinner-date in August 2014. From that time, the couple seemed to share the boyfriend-girlfriend relationship. The duo also frequently posted their coupling photos on social media too.

Since then, both of them have become the “talk of the town” couple. They love to hang out at different places during their spare time to spend time with each other.

The Flaunty Couple Hit Off Everywhere

Safiya Nygaard and Tyler Williams’ love for each other is rising day by day. The couple does not seem to go through any hard times. Safiya and Tyler frequently post adorable couple photos on their Instagram. Similarly, they have collaborated on each other’s YouTube videos as well.

It looks as though the couple likes to be with each other every part of the way. The couple likes going to pleasant places to celebrate their love anniversary. We hope the couple to get married as soon as possible.