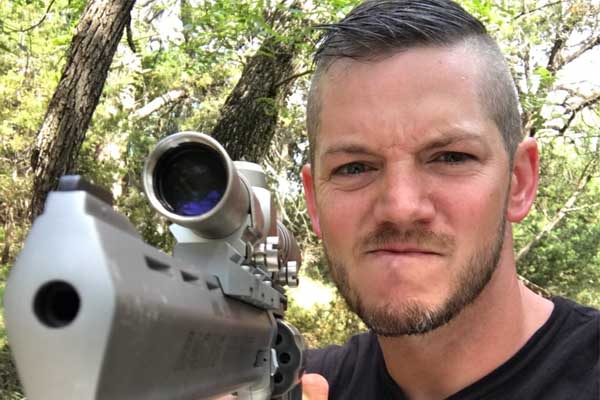 Matt Carriker is a veterinarian by profession and YouTuber by passion. Image Source: Matt's Twitter.

Born on October 23, 1986, Matt Carriker, aka OffTheRanch, is a viral Youtuber with over 3 million subscribers. He is an American veterinarian and the founder of not one but three YouTube channels, DemolitionRanch, Vet Ranch, and OffTheRanch. He received his veterinary license from Texas A&M College of Veterinary Medicine & Biomedical Sciences.

Matt Carriker is currently sharing his marital life with Meredith Carriker. The couple exchanged their vows in 2004 and are proud parents of three children, Adalyn Carriker, Annie Carriker, Lincoln Carriker. With all the money Matt earns, it would be safe to say that the family of five lives a comfortable life. So, let’s get to know how he sustains a family.

As addressed earlier on, Matt owns three Youtube channels, and all of them are equally popular amongst his fans. But the one that stands out is DemolitionRanch, which was created on January 3rd, 2011. To date, more than 7.7 million people have already subscribed to his channel, and with over 1.18 billion views, he surely has made a handsome amount of money. According to SocialBlade, Matt earns an estimated amount, ranging from $8.6K to $137.7K per month and $103.3K to $1.7M a year from his DemolitionRanch channel.

Moving on to his second channel OffTheRanch, Matt earns somewhere from $3.2K to $50.9K a month and $38.2K to $611.3K a year. Well, it’s not as much as he draws from his DemolitionRanch, but remember a single person earns from both of the channels. That makes Matt Carriker’s net worth a heck lot of more than you can imagine. With that, he lives a comfortable life with his family.

Speaking of the content he uploads on his YouTube channel, he demonstrates the guns and their penetration power on DemolitionRanch, whereas he shares his personal vlogs on OffTheRanch. Last but not the least, he shares veterinarians’ stories on his Vet Ranch. He also must earn a certain amount of money from his third channel as well.

Like every popular YouTuber out there, Matt also has his own like of merchandise, especially focusing on clothing. If you are a huge fan of DemolitionRanch, then you can purchase his merch on the official page of Bunker Branding Co. He has a wide range of T-shirts and full sleeves available that you can choose from, and the pricing of his merch is not that high.

Moving on, as mentioned above, Matt is a veterinarian by profession. Furthermore, Matt also earns working as a vet in his clinic, however, he is kind of spending more money than he usually earns on his organization. Yes, Matt Carriker is the founder of the Vet Ranch, and his team spreads awareness of the many homeless animals in need of medical attention.

For further information regarding his works and team efforts in order to help homeless animals, you can visit his official channel, Vet Ranch.

Furthermore, Matt also earns from sponsorships and advertisements. As he has more than a million followers on his Instagram account, Matt must also get a handsome amount of money from the ads he does. All that just adds to Matt Carriker’s net worth making it much more than what it usually is.

A Comfortable And Healthy LifeStyle

Maybe cause he is a vet or his perception towards life, Matt Carriker lives a healthy lifestyle with his wife and kids. Not only that, but he also promotes healthy living on his public platforms. Speaking of his lifestyle, he loves hanging out with his wife on the shooting range. To his fans, it must not come as a surprise that he loves guns, but if you are new and not aware of his insane affection towards firearms, then you are at the right place.

Matt Carriker loves guns, and the primary focus of his YouTube channel DemolitionRanch are guns. He enjoys demonstrating the penetrating capacities of a variety of firearms. Well, he lives on a Mansion with his family and lots and lots of guns. Owning that many guns is not common, and when it comes to his total net worth, they can’t be parted away.

So, yes, Matt Carriker’s net worth includes, his total earnings from YouTube & merchandise along with his large house and loads of guns.