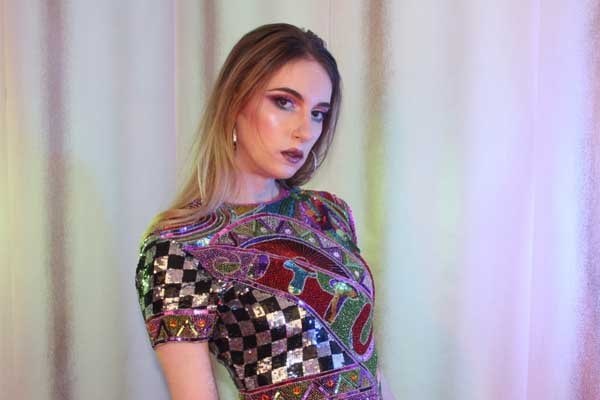 Born on October 21, 1988, Natalie Wynn, aka ContraPoints, is an American YouTuber, social commentator, entertainer, and video essayist. She joined the YouTube community on February 3, 2011, and since then has gained over 800K subscribers.

Natalie has been described as the Oscar Wilde of Youtube by The Verge. Furthermore, she was also listed as one of the 50 People Pushing Culture Forward in 2019 by Paper Magazine. Her videos have become an online cultural phenomenon and have gained nearly 47 million views worldwide. So, we can assume Natalie Wynn’s net worth must be enormous. Well, let’s get to know how she earned such a massive fortune.

ContraPoints, whose real name is Natalie Wynn, is known for her moodily, slick lit YouTube videos that have drawn the attention of many viewers. She generally talks about structural racism, marxism, and transgender politics. Natalie calls herself one of YouTube’s leading B-List transsexuals. She has her own official website where we can learn more about her and her works.

Speaking her primary source of earnings, she has amassed her fortune with the help of her YouTube videos. According to SocialBlade, Natalie earns an average of $29 to $471 a day, whereas she earns $882 to $14.1K monthly and an estimated amount ranging from $10.6K to $169.4K annually. Not only with her YouTube videos but also with her Live stream, Natalie has generated a hefty load of cash for herself. Knowing that she is doing so well, it won’t hurt to say she is living a comfortable life.

Natalie Wynn, aka ContraPoints’ net worth, is possibly in millions, but Natalie herself has yet to reveal her actual fortune. As we have already discussed her primary source of earnings, so let’s know more about her side incomes. Like all YouTubers in the USA, you can become a Patreon to support her channel. Her profile on the official page of Patreon inlists that she has three types of memberships available. The level of membership one can purchase are Commendable Non-Freeloader, Mysterious Benefactor, and Distinguished Enabler, which costs $2, $5, and $10 per month, respectively.

Furthermore, Natalie has her own line of merchandise like clothes and goodies that are available for both adults and kids. She also sells laptop cases, mobile cases, stickers, and magnets. Her merchandise is not that expensive but not that cheap too, they range from $4.5 to $ 30. For more information on her merch, you can visit the online page of TeePublic.

Her Journey To Stardom

Born as Nathan Wynn, Natalie was born and brought up in Arlington, Virginia, USA. From an early age, she wanted to become a female rather than a male. While she was in High School, she became a victim of bullying because of her feminine nature. As time passed, Natalie began embracing her feminine side more. After High School, she went to Northwestern University, and there she graduated in Philosophy.

Before she even worked as a YouTuber, Natalie was working as an instructor at Northwestern University, which also contributed to her wealth. Soon she resigned from her job and focused on her YouTube career, whereas in 2017, she became a transgender woman. As time went by, she became famous and has also been featured on different media platforms such as The Verge, The New York Magazine, and many others for which she must have gained a fair amount of money.