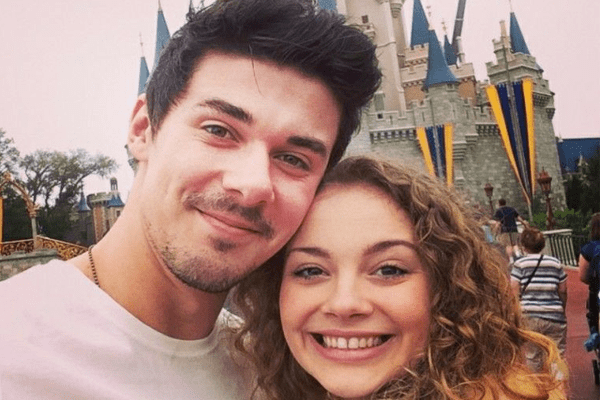 There’s a saying, “Nothing lasts long.” This saying is applicable in the case of Pete Bucknall and Carrie Hope Fletcher‘s relationship. The two YouTube stars couldn’t continue their romantic relationship and apparently broke up in 2017. Pete Bucknall’s ex-girlfriend Carrie called him a cheater and liar.

Pete used to appear regularly in the vlogs of Carrie’s YouTube Channel, and the two also used to post photos with each other in their social pages. But, after May 2017, the two web stars Pete and Carrie, haven’t mentioned each other in any posts and aren’t seen together.

Web star Pete was dating his fellow YouTuber Carrie since 2015. He had officially announced his relationship with his ex-girlfriend Carrie publicly on Instagram and Twitter. While the two were dating each other, they used to share cover songs in their respective YouTube Channels commonly.

Pete had tweeted a couple of times sharing his ex-girlfriend’s stage performance photos expressing proud and cheerful moments for her. The ex-couple shared quality time with each other going on romantic dates and hanging out too.

They were so much into each other that the love was in the air. Everyone was so happy to see Pete and Carrie together.

Everything for the ex-couple was going well until the doubts for each other created issues in their relationship. After things started going worse, Pete and Carrie decided to quit their relationship, and sadly, the two romantic couples split up in March 2017.

Later, in May, Pete Bucknall’s ex-girlfriend, Carrie, posted in her blog, showing her anger towards Pete. Fletcher revealed the reason for their breakup. She accused Pete of cheating on her and lying many times to her. She claimed that her ex-boyfriend was in a relationship with another girl whose name is not revealed.

If it was of Pete’s cheating, she did the right thing to end her relationship with him and move on with her life. So, Pete Bucknall and his ex-girlfriend., Carrie Hope Fletcher, broke up with each other in 2017.

Carrie Hope Fletcher And Oliver Ormson Are The Lovebirds

Well, after Carrie Hope broke up with her ex-boyfriend, she then started dating The Addams Family co-star, Oliver Ormson. Both of them fell in love with each other and had that spark which they wanted in their relationship. As of May 2020, Carrie and her boyfriend, Oliver, are still together in love.

Going through Carrie’s Instagram Profile, she often posts cute photos of her with him. Similarly, Carrie also loves doing videos with handsome Oliver and posts on her YouTube channel. The lovely couple is so much into each other and probably cannot resist a day without seeing each other. Both of them are so much perfect when together.

However, on the other side, glancing at Pete Bucknall’s Instagram, he still seems to be possibly single at the moment. Perhaps, he wants to live a carefree life. Plus, he might be taking some time before committing to a serious relationship.