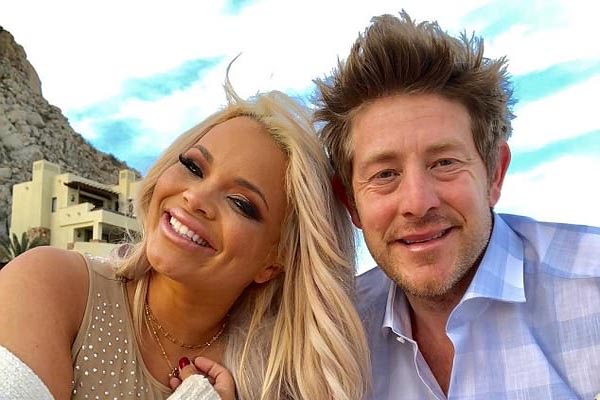 The duo of Trisha Paytas and Jason Nash have parted their ways after 1 year of their relationship. The ex-pair broke up in June 2018, and the video was uploaded on YouTube. It all started when Trisha called her then-partner David horrible in a video which she later deleted.

They often split up in the past, where they used to fight about sickness and eating habits. However, Trisha admits that she still misses her ex-beau Nash and that she had a great time when they were together.  As both of them are very open people, It may just be that Trisha Paytas and Jason Nash could be on a break.

Reason Behind The Breakup Trisha Paytas and Jason Nash

The relationship between Trisha and Jason was confirmed to be ended after David Dobrik‘s vlog showed footage of Nash joking about having sex with Paytas and other women.  After been separated from her partner Jason, Trisha shared a video in which she explains how humiliated and embarrassed she felt after whatever Jason did. She was just a bit upset that her boyfriend did not stand up for her.

Also in the same video, Trisha Paytas loud and clearly announced that she was breaking up with Jason. Since the drama began, Paytas, Dobrik, and Nash have all been quite on social media. Jason once made a comment about his ex-partner Trisha being ‘overweight’ but insisted it was a joke. As mentioned earlier, the blonde lady admits that she still misses Nash and that she had a great time when they were together.

In one of Jason’s video titled ” He Did This at Their Old Spice Photoshoot” uploaded on 23rd February 2018, Mr.Nash accidentally says he is single. Even after going all through, Jason still tried to amend things with Trisha and even cooked pasta for her on the 5th of February which marked their one year dating anniversary.

Altogether, Trisha has dated many famous men including Dolph Ziggler, Aaron Carter, Crispin Glover, and Anthony Michael Hall. As for Jason Nash, he was married to his now ex-wife Marney Hochman.

Nevertheless, after all the drama, the ex-pair seems to hang out with their own friends separately. Social Media star Jason is seen hanging out with his Vlog Squad Buddies likewise Ms. Paytas is hanging out with her friends Shane Dawson and a YouTuber Emilia Farts.