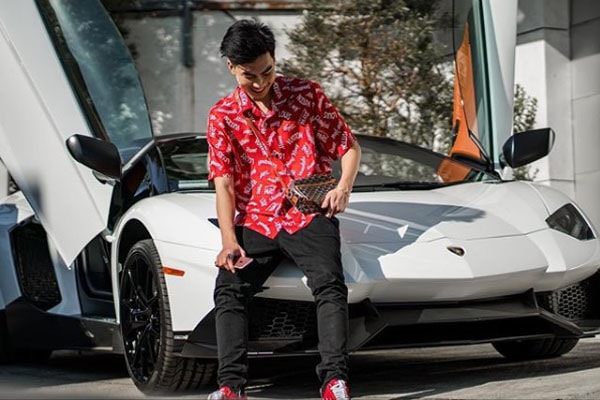 RiceGum has a net worth of $8 million

YouTuber RiceGum‘s Net worth is $8 million. RiceGum amassed such colossal Net Worth from his successful career as a YouTuber, his franchise, and music. RiceGum joined YouTube in the 24th of September, 2012 and has amassed a fortunate Net Worth and fame.

YouTube has not only helped Bryan Le aka RiceGum gain fame but also riches and earnings. The multimillionaire RiceGum was born in Las Vegas, Nevada and later moved to Los Angeles, California.

RiceGum’s Net Worth and Earnings

Thanks to YouTube, people not only get famous but rich too and RiceGum is a perfect example of it. RiceGum has a Net worth of $8 million. Along with being a well-known YouTuber, RiceGum is also a musician and has his own merchandise. It is from those endeavors that he has collected a substantial amount of money.

RiceGum has got two YouTube channels, “RiceGum” and “RiceGumExtra.” His main channel has got over 10.8 million subscribers as of 2018. His YouTube view’s crosses over 1.8 billion views, amazing, isn’t it? According to Social Blade RiceGum’s channel “RiceGum’ generates a yearly earning ranging from $48.4K to $775.1K.  As for his other channel, “RiceGumExtra” generates a maximum annual income of $5.9K.

RiceGum’s income from YouTube can be considered as his primary source of income.

Earnings from Music and Merchandise

As mentioned above, RiceGum is also a musician. He has released many singles and also featured with other fellow YouTubers like Alissa Violet. She is also a multimillionaire as Alissa Violet who has an estimated Net Worth of $3.5 million.

You can buy and listen to RiceGum’s song in many online stores including Amazon. RiceGum’s song “It’s every night sis ” featuring Alissa Violet was certified Platinum. Alongside singing RiceGum has his merchandise too where he offers customers different products.

Here are some of the goods offered by RiceGum along with their respective prices:

The tons of money he receives from his merchandise sales also contribute to RiceGum’s net worth.

Thanks to his $8 million net worth RiceGum can afford more than one luxurious cars. He owns a white Rolls Royce and a white Lamborghini. Rolls Royce’s would cost more than $305,000, and as for Lamborghini, it has a starting price of $199,800.

According to one of RiceGum’s YouTube videos he has moved to a new house which is worth $25 million.

Over the years, RiceGum’s Net worth and fame both took a huge leap. Here is a table showing a change in the Net worth of RiceGum.

There has been an increment of 23.07% in RiceGum’s Net worth as it rose from $6.5 million to $8 million since 2016. If this goes on, RiceGum will soon reach to the list of Top 10 Highest paid and richest YouTuber.