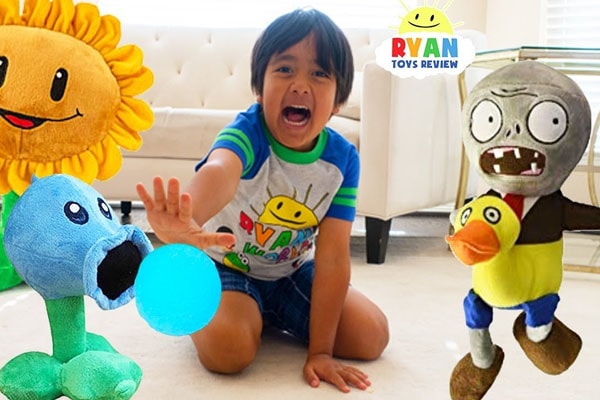 The child YouTube star Ryan‘s net worth is estimated to be $40 million. He is one of the youngest child YouTuber who has amassed a significant amount of fortune at a young age. Ryan is a multimillionaire at just 7!

Ryan’s YouTube channel Ryan ToysReview is popular among the children. The name of the channel itself suggests that Ryan reviews toys. Every day new content is uploaded in his channel. As of 2019, his channel has more than eighteen million subscribers.

Ryan was listed at the top of the 2018’s highest-paid YouTubers. According to the report by Forbes, he made $22 million from his YouTube channel Ryan ToysReviews in 2018 alone. No one had ever thought that people could earn money just by playing toys. But here we have Ryan who plays varieties of toys and has fun and at the same time fills the pocket.

The fame which Ryan earned from his YouTube channel reviewing the toys has opened up doors to start his own toys collection and merchandise. His toy collection Ryan’s World Toys are exclusively available at Target, Walmart as well as Amazon and eBay. His toy collection is doing a nice business which obviously contributes to his net worth.

Ryan from Ryan ToysReview has been successful in increasing his net worth in every successive year.