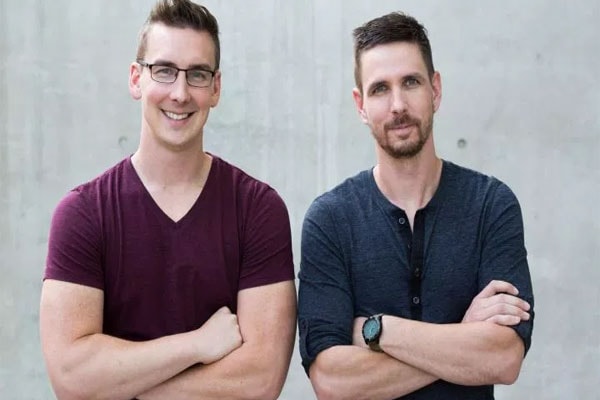 Jonathan ‘J’ Carlin and Ben Carlin, the SuperCarlinBrothers´s net worth is estimated at $900,000.  The Carlin Brother have accumulated their net worth from their YouTube channel. The two guys run a channel; SuperCarlinBrothers on YouTube attracting millions of followers and subscribers.

Jonathan uploads a video every Tuesday and Ben on Thursday. Their videos include interactive analysis of movies and giving their personal remarks, sort of back and forth posting videos every week. The two YouTubers have uploaded more than 800 videos till now which has over 400 million views.

The SuperCarlinBrothers have an estimated net worth of $900,000. Their primary source of income is from their YouTube channel and their merchandises. According to Social Blade, the channel generates money ranging from $1.9K to $31.1K monthly and $23.3K to $373K yearly

The two brothers started a channel in 2012 featuring a variety of videos from vlog to movie facts. In the first year, the SuperCarlinBrohters posted around 260 videos continuously, and in 2013 they posted a video “The Pixar Theory” which became a huge success to cross their views to millions of people. It changed their life and channel forever.  This video was a kick force for them to flourish their channel further.

They have talked about the theories of Harry Potter, mentioning the Top 10 Villians of the movie and why Lord Voldemort looks like a snake. They also love to feature Marvel, Disney, Pixar, and Starwars.

Besides YouTube, the SuperCarlinBrothers make extra income by selling merchandises. They sell Hey Brother  T-Shirt, Sunglasses, and Chudley Cannon Posters as their featured products. Here are some of the products provided by Carlin Brothers along with their respective prices:

From this, we can know that the SuperCarlieBrothers earn a well-off amount of cash through their fame and shop.

The SuperCarlinBrothers invite people to meet and greet. When they hosted a meetup program in Washinton DC, the price of a ticket would range from $25 to $40. They have inspired many young generations through their work and interviews.

Since their fame and popularity rose via YouTube, there has been a growth in the net worth of the SuperCarlinBrothers.