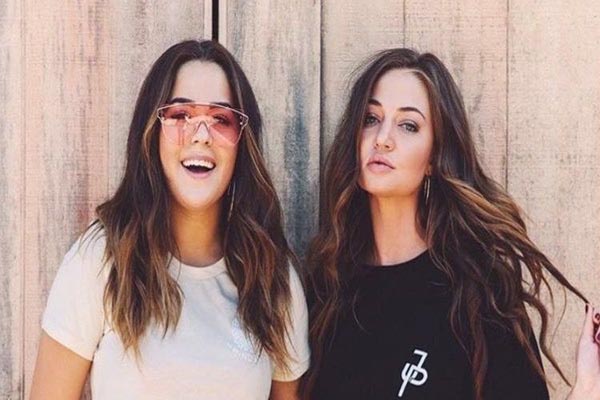 Tessa Brooks, the internet personality, had a friendship break-up with Erika Costell. It looks like the feud began when Tessa tweeted something which Erika didn’t like at all. Well, the ex-best friends had a lot of heated exchange on their social media feed.

Young Tessa and Erika were the members of the YouTube group “Team 10.” Besides them, there are other famous YouTube personalities, including Jake Paul and Allisa Violet. As we can see them in social media, both Tessa and Erika were very fond of each other. They used to spend a lot of time together. The fans were interested in the relationship going on between the two ladies. The two beautiful YouTubers also used to keep their fans updated.

Let’s look how and what happened between Erika and Tessa which hampered their friendship.

As mentioned earlier, both the ex-friends used to spend a lot of time together. They had also worked together in a music video titled “Powerful Emotions,”  though, the song could not get much appreciation from the fans. Despite being good friends, there were a lot of arguments between them about their both personal and professional life. Even though they didn’t want to ruin the friendship, but the situation was complicated between them.

The 26-year-old Erika had been arguing about the relationship going on between Alessa Violet and Tessa Brooks.  As mentioned above, Tessa and Erica were already arguing on Twitter. The fans and followers were seriously upset by what was going on. After the arguments, Young Tessa left the group Team 10.

And as the 20-year-old Tessa used the n-word multiple times while rapping in “Powerful Emotion” and Jake’s use of sexually explicit thumbnail to clickbait, the vlog had angered many fans.

It seems that both the girls have moved on to gain more opportunities for upcoming hits. We all know that when a friendship breaks, it is more painful than a breakup in a relationship.

Even though they had differences, the two beauties still seem to be friends with one another.