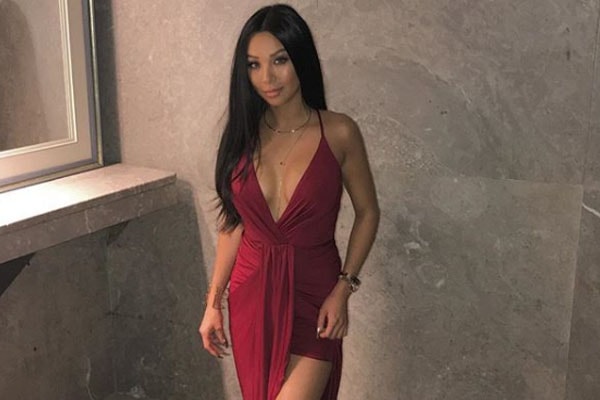 YouTuber Dannie Riel is probably living the single life which many of us can only dream about. She has got no boyfriend. Dannie Riel dated her financial advisor boyfriend Ken Nguyen but later broke up. Another hot model, Altair Jarabo is also single after breaking up with ex-boyfriend Carlos Vela. Plus her busy work allows her to travel all around the world.

Before being a YouTube phenomenon, Dannie Riel started out as a famous Canadian model and fashion icon. She has a dual origin, i.e., French and Chinese. Dannie is a charm among her fans, and because of the appeal, she has gained over 221K subscribers on her YouTube channel “Dannie Riel” as of 2018. She also has got over 1.2 million on Instagram.

After breaking up with her ex-boyfriend Ken Nguyen, Dannie Riel dated no one later on. From her childhood, Dannie Riel had a dream of becoming a model. And because of her hard work and determination, she has become one, Her job as a model allows Dannie to travel a lot and enjoy a lavish lifestyle.

The gorgeous Dannie is also a foodie; As her job allows her to travel to different exotic places in the world,  she doesn’t leave a single chance to taste and enjoy the exquisite foods the areas have to offer. She uploads videos on her YouTube channel once in a while. Most of Dannie Riel’s videos contain her having fun with her different colleagues and eating. When you have a lavish life as Dannie Riel, you don’t need a boyfriend.

Apart from traveling and eating, Dannie also loves to party, a lot. You can see in many of her videos going to different clubs, partying with friends, doing shots and drinking. And trust us, though she may look thin Dannie can eat a lot. Even many of her fans are surprised how she could digest all those foods.

As mentioned earlier here is a list of some countries Dannie has been to:

It was during an event of “Sports Compact Nights” where Dannie Riel’s modeling aspirations were realized. After gaining recognition, the astonishing Dannie was signed to model for many organizations.

She does photo shoots in different parts of the world for different photo agencies. Recently Dannie Riel received the title of “Sexiest Asian Girl on Earth.” She also has her merchandize RIEL Brand which sells products like t-shirts, caps, mobile covers, etc.

It will probably take time for people to know about Dannie Riel’s boyfriend as she is enjoying her single life to the fullest.